Say Hola to Ohla! Foods: Meet The Dallas Mompreneur Who Launched a Health-Based Brand During COVID

Lauren Schwalb recently launched Ohla! Foods last year after realizing there was a gap in the market for healthy, nutritious tortilla alternatives. Today, the brand has already launched in Central Markets across Texas- offering traditional household staples that are not only good for you but good for your tastebuds. 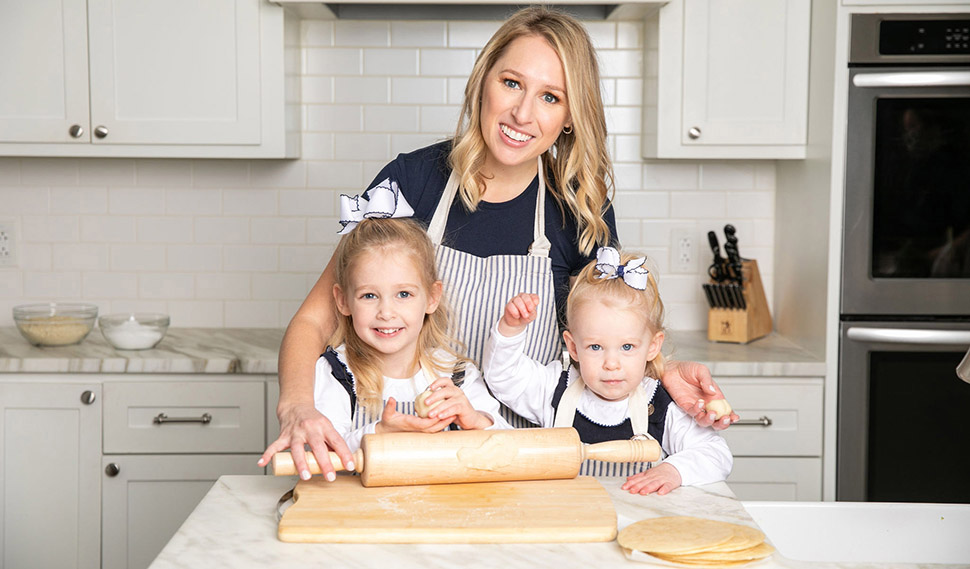 With the rising demand for healthy alternatives to household staples and lack of products that satisfy, North Texas entrepreneur, Lauren Schwalb created Ohla! Foods to focus on nutrition without sacrificing flavor.

In January 2020, Lauren Schwalb and her husband and co-founder Stephen chose to kickstart the year with healthy habits. After completing the Whole30 program and feeling the benefits of a gluten-free diet, Schwalb began to read food labels and look for products that were made with whole ingredients, but still maintained flavor.

The Whole30 is a 30-day fad diet that emphasizes whole foods and the elimination of sugar, alcohol, grains, legumes, soy, and dairy.

Although other options for these pantry staples were available, Schwalb found that they either didn’t taste good or weren’t functional. So, the wife and mother of two turned to the kitchen to make her own healthy alternative to tortillas- ones that were grain-free, dairy-free, and gluten-free.

Over the course of the next few months, Schwalb could be found experimenting with different gluten-free flours and alternatives in her free time while balancing motherhood and a career in commercial real estate.

With the help of her husband and two of the toughest taste testers she knows, her daughters, as well as food scientists, Schwalb developed healthy alternatives that satisfy. 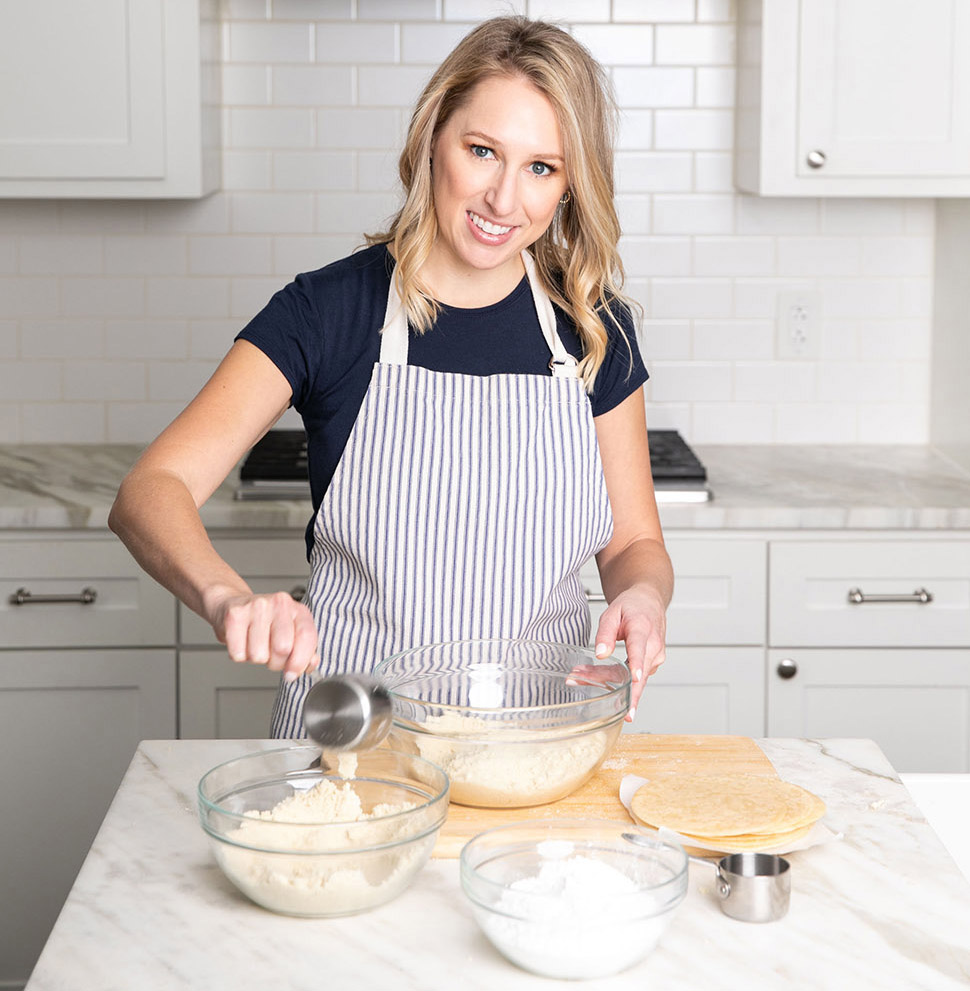 Launching during a pandemic

” It was a really interesting time to start a food business,” Schwalb told Dallas Innovates. ” I think if you would have asked me if I really think this is going to turn into a business, I think the answer was yes. I thought that from day one.”

In a time of uncertainty in the food industry, as restaurants and businesses closed their doors both temporarily and permanently, Schwalb struggled to find suppliers. But she continued to work on her product and kept faith in her ability to grow her business.

Prior to quarantine, Schwalb was away from home regularly as her job required travel, limiting the amount of time she had to work on her products. When isolation came into effect, she used the open time to continue working on Ohla! and preparing it to be launched.

In the Fall of 2020, Schwalb launched Ohla! at the Dallas Farmers Market to evaluate whether or not her startup was a good idea. Ohla! Foods was quickly a success, selling out on its first day. 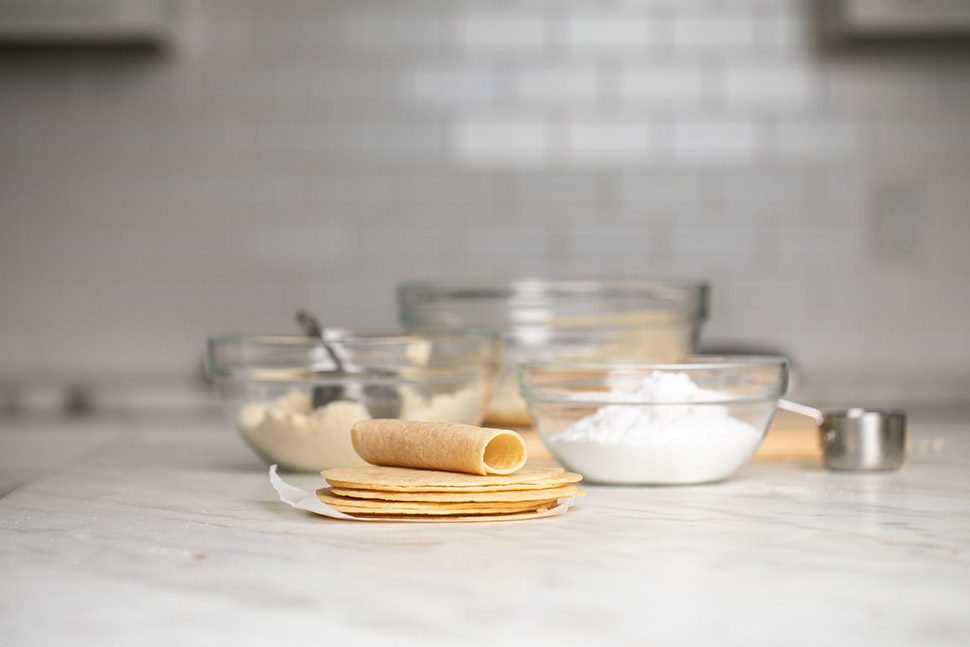 Now, Schwalb is looking forward to seeing Ohla!’s success in a market transitioning to cater toward healthier and more mindful lifestyles.

“The world is kind of catching up with what we’re putting into our bodies and I think coming out of COVID people are going to care a lot about physical and mental wellness and paying attention to what you’re eating and putting into your body,” Schwalb says. ” So, I think it’s only just going to continue to trend in that direction. It’s super exciting.”

From kitchen to table

In less than a year after the company’s launch at the Dallas Farmers Market, Ohla! Foods announced its debut at Central Markets across Texas with two products: Almond Flour Tortillas and the first-to-market almond flour chip, The Ch!pOhla! Taking with her the authentic conversations and experiences she had with the Dallas public, Schwalb is proud to see Ohla! on the shelves as part of a Texas to table program.

Central Market is an American gourmet grocery store chain based in San Antonio, Texas. The company specializes in fresh produce and highlighting local suppliers and products. 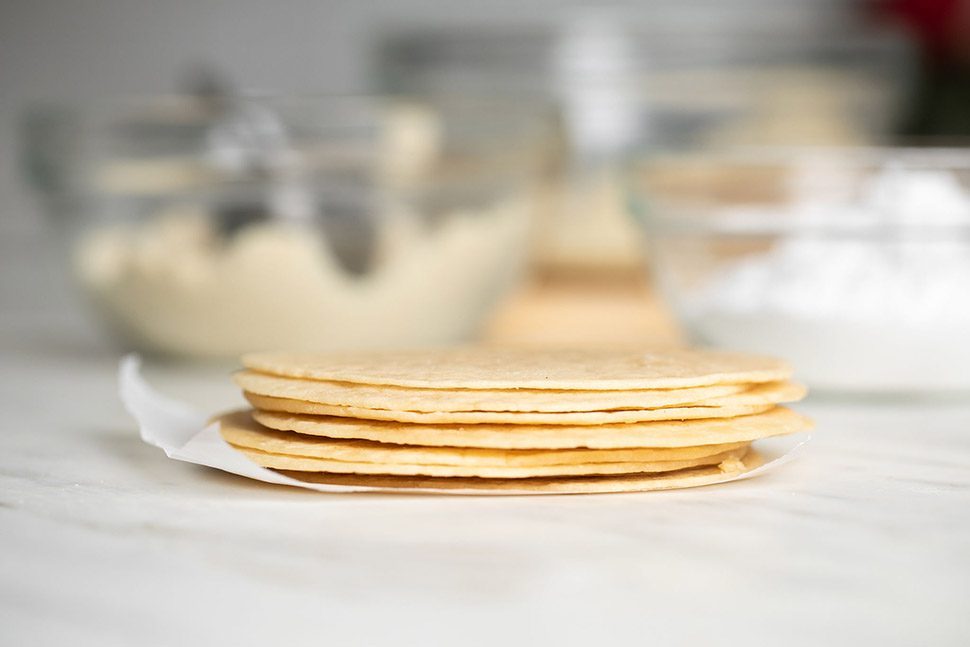 With the independently funded company only launching two weeks ago, sales data is not yet available but Schwalb has big goals for Ohla! She hopes to partner with more retailers and get Ohla! into as many consumer hands as possible.

Although the Ohla! founder herself does not suffer from gluten intolerance or celiac disease; Schwalb has been able to interact with people unable to consume gluten and plans to continue creating more products that can measure up to any product with gluten.

” But I think, introducing new products that would fill a void for that specific market is something I’m really passionate about,” she says. ” It’s really exciting to hear the testimonials I get from people who are like ‘gosh, I can’t eat a regular flour tortilla and I don’t feel like I’m missing out’, I guess I made a product and it’s so close to the real deal, it’s awesome.”

As a mother of two with a company taking off, Schwalb does not find the balance between motherhood and business to be difficult. Her passion project turned startup has opened up opportunities to include her girls, while instilling quality values in them.

“I think it’s really important as a working mom with two daughters to instill that commitment to something and also that excitement,” Schwalb says. ” So, for me, it’s not hard to find the balance because I’m able to bring not only my two daughters but my husband into this.”

“I can have both and that’s what’s so exciting- because we’re female-founded and run and also a true family business.”

Growing up in a household where the family cooks together, Schwalb knew she wanted her daughters to be a part of this company. In the early days of Ohla!, Schwalb’s daughters even helped with production along with their own tortilla rollers and press with matching aprons.

In moments when Schwalb finds herself facing challenges or obstacles that come with juggling the responsibilities of running a company and a household, she knows it’s time to reconnect with the “why” of what she is doing with Ohla! Her “why” is to reach more people outside of her core family and friend group.

” Food has always been a part of my life,” she says. ” I do think that food brings people together and community around the table and it’s such a cool thing when you can do that and be on the other side of it.”

With the recent launch of Ohla! Tortillas and first to market almond flour-based chip, Schwalb is in the works of her next product to hit the shelves. She plans on taking her “Ch!pOhla!” to the next level, releasing two new flavors by the end of this year,

Schwalb, who was raised in an Italian household, also has possible plans on breaking in to the Italian food sector, hoping to release a pizza crust or pasta anyone can enjoy.

You can purchase Ohla! Foods products here or at your nearest Central Market retailer. 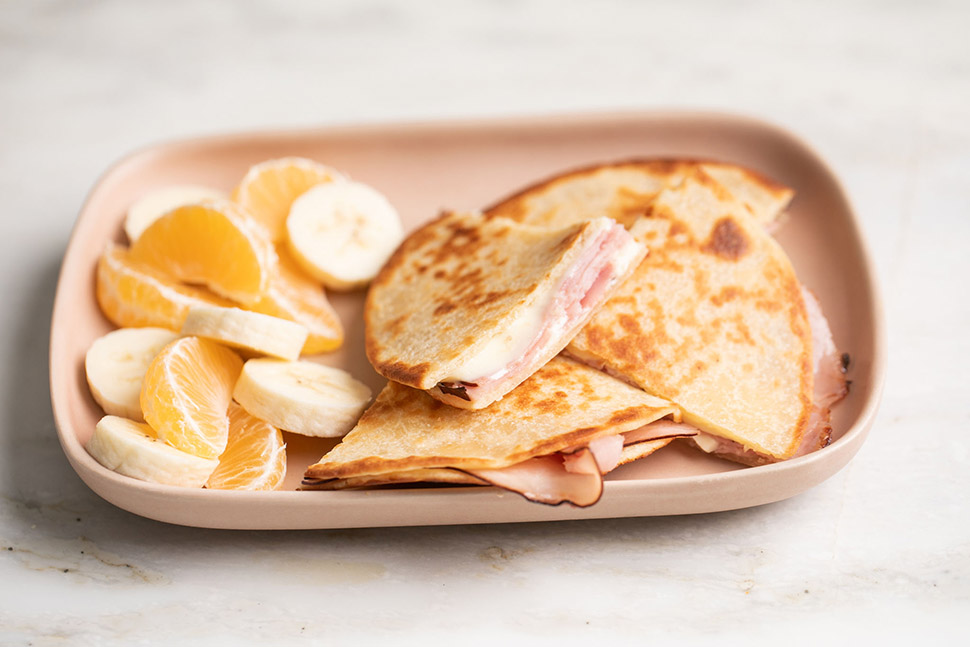