Go-To-Green's patented audio-visual system can detect both the sound of a fired gunshot and the pressure change made by a bullet in the air. The system lights up to direct people to the safest exit—and tracks the source of shots.

In North Texas, the system is currently being installed in Anna's city hall, and talks are underway with three school systems and a grocery chain, the startup's CEO told us.

Ex-Marine infantryman and counterintelligence special agent Ernie Williams understands how to deal with active shooter scenarios after decades of service in the US military. Now, he’s putting that experience to use to aid others via technology in the event of such an emergency.

William’s company, Dallas-based Go-To-Green, aims to help people get to safety in an active shooter situation, while also ensuring law enforcement can isolate the threat.

The company’s acoustic sensors “listen” for gunshots. Its patented directional system uses color-coded overhead lighting to get people away from an active shooter in both indoor and outdoor settings.

“We’re a pathway to safety,” Williams, Go-To-Green’s founder and CEO, told Dallas Innovates. Within a millisecond of a shot being fired, “we open up several pathways to get away,” he said.

Detecting both the sound of shots fired and the pressure change a bullet makes, Go-To-Green’s audio-visual system kicks in when a situation starts. Once gunfire is detected, lights on devices placed throughout an area light up to direct people to the safest exit, while tracking in real-time where the source of shots is coming from.

“Unless you see the shooter, because of the noise attenuation and other problems, you don’t know which way to run,” Williams said.

The system helps by using a color scheme most are familiar with: traffic lights—green means go this way, red means stop because the threat is likely in that direction, and flashing red and blue means the threat is in the immediate vicinity.

“We use flashing lights because some people are color blind and those blinking lights tells them where to go,” Williams said.

While Williams said the main focus is getting the most people to safety, Go-To-Green also has someone with training—law enforcement or military—monitoring situations.

From the moment shots are fired, the company’s system takes photos of the source of gunfire, sending it to the responding law enforcement department. That same person is also able to track the shooter’s movements via cameras on the devices, giving officers an accurate location of where the shooter is in the building.

Get people to safety 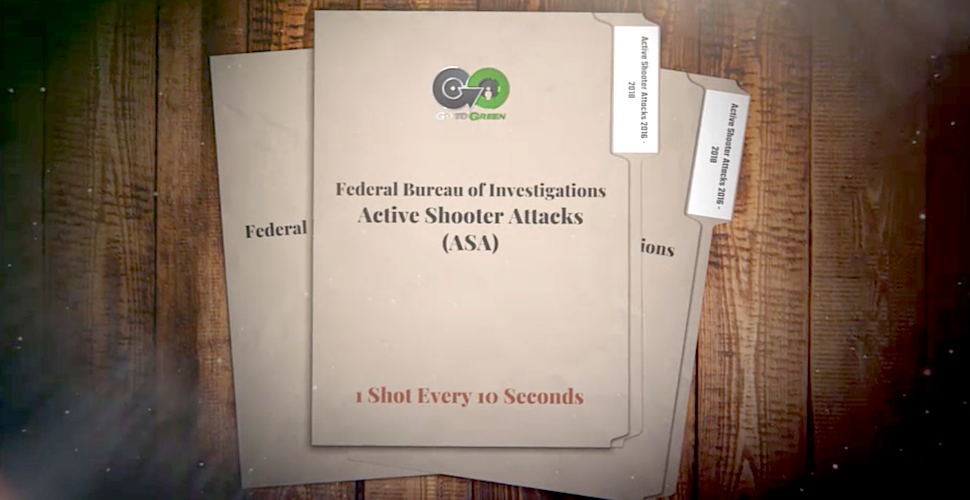 With experience in the U.S. Navy’s SEAL Team Six and the U.S. Army’s Delta Force, Williams said he designed the system knowing how a shooter operates within an indoor space. He added that the lights, along with auditory prompts the Go-To-Green system gives to evacuees, were created to help people overcome the confusion that sets in when it’s hard to determine where shots are coming from and when their fight-or-flight responses are activated.

“With my background of indoor combat, I understand what that shooter is trying to do, how they’re going to move, and how you need a visual to get people to safety,” Williams said. “The most important is how to get people away from the shooter.” 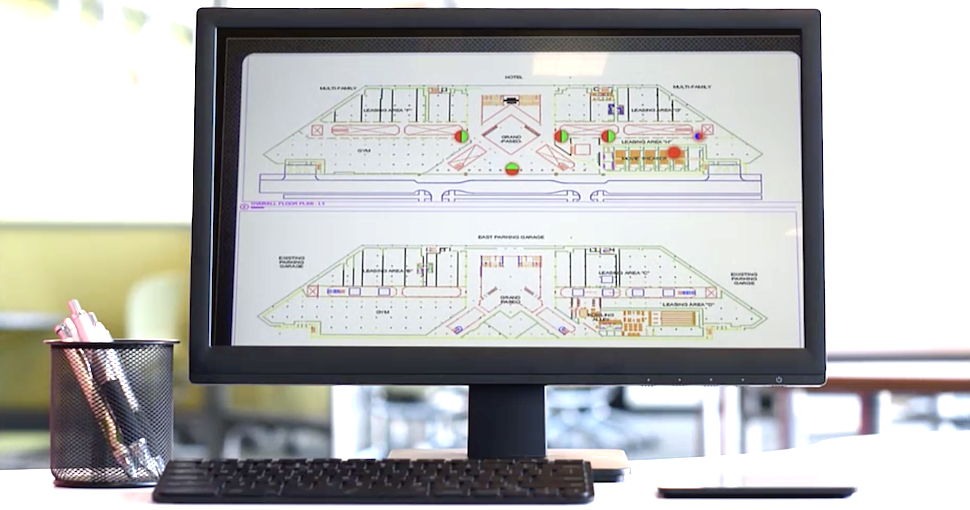 While the company’s system can detect gunfire outdoors, Williams’ main focus is on indoor situations. Currently, Go-To-Green’s technology is being installed at Anna’s city hall. And, without disclosing specifics, Williams said the company is in talks with three school districts in the North Texas areas, in addition to talks with a national supermarket chain.

Bootstrapped so far, Williams said the next move for Go-To-Green is to add artificial intelligence to the systems, where it will be able to use facial recognition to identify the shooter and automatically have the system’s cameras follow the person throughout the area, while sending the information to the responding law enforcement officers.

“I spent my whole life in the service of others, and I still try to help them,” Williams said. “The point we’re missing is we’re more worried about the shooter than we are about getting people to safety. This will break the paradigm of the active shooter.”

City of Anna is installing the technology

One North Texas city installing the tech is the city of Anna. The system is currently being installed in Anna’s city hall, north of Dallas.

The system has been welcomed by law enforcement in Anna, according to WBAP. Anna Police Chief Dean Habel says that the potential impact of the software seems promising.

Talks are underway with three North Texas school systems and a grocery chain, the startup’s CEO told us.