After 16 years of executive and strategic leadership at Dallas College, Dr. Lonon is taking the helm as the eighth chancellor of one of the largest community colleges in the U.S. On its seven campuses across Dallas County, 125,000 students pursue 300+ degrees each year, with an economic impact of $204 million in payroll and operations spending.

With workforce and upskilling demands at new heights in North Texas, he's positioned to play a key role in the region.

Helped lead the consolidation of seven campuses into Dallas College

Lonon recently helped guide the institution through a historic consolidation, turning its seven community college campuses across Dallas County into one overarching Dallas College identity. The goal: to better fulfill the college’s mission of “transforming lives and communities through higher education.”

Lonon has dedicated the last 16 years to that cause, most recently as  executive vice chancellor. His previous posts at Dallas College have included vice chancellor of public and governmental affairs—a vital role, since the college’s present and future involve collaborative efforts with city and county government, as well as private sector partnerships.

By the way, Lonon hasn’t just worked with Dallas City Hall—he worked there, too, as press secretary for former Mayor Ron Kirk from 1997 to 2001. 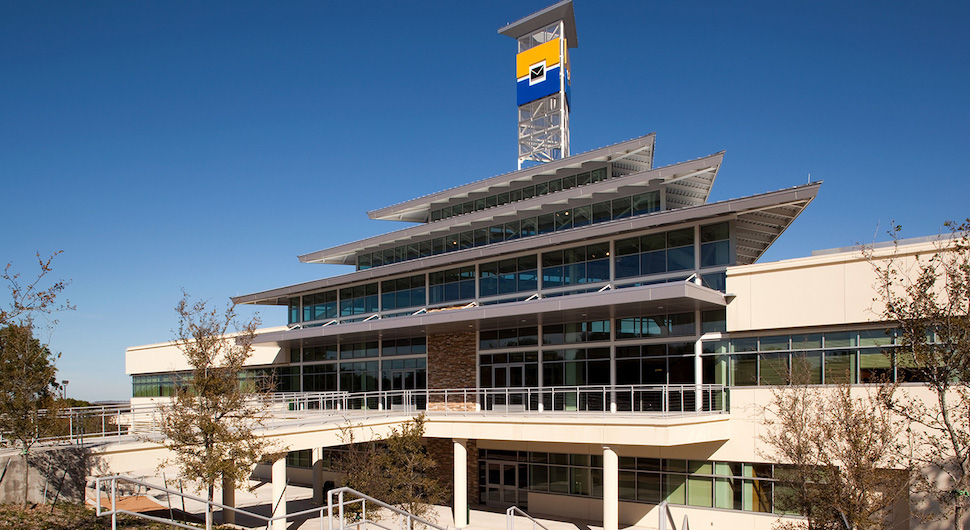 Lonon will be overseeing a sprawling educational enterprise, with 125,000 students pursuing over 300 degrees and certificates, including a new bachelor’s in education, and $204 million in economic impact through payroll and operations spending. Some 90% of its students will continue to live in Texas after leaving Dallas College.

What those students do then could have a big impact on North Texas’ economic future—and that’s just how Lonon wants it.

Creating ‘a pipeline of talent for high-demand jobs’

“I might be sitting on the other side of a different desk now, but my focus remains the same,” Dr. Lonon said in a statement. “Dallas College will continue to remove barriers to education and create job opportunities for students who want to ‘enroll in a career.’”

Lonon sees a key mission for the college in addressing the high workforce demand as we emerge from the pandemic.

“By continuing to work with partners across the city, state and nation, Dallas College is uniquely positioned to provide a quality education and create a pipeline of talent for high-demand jobs and fulfill our mission,” he said. “There is much work to be done, but Dallas College has already created a culture of care, impact, and innovation for our students and the community.”

The outgoing chancellor, Dr. May, had glowing words for his successor.

“I’m truly excited to see Dr. Lonon as our new chancellor because I know he shares the vision that has guided this institution in the past and is so important to its future,” May said in the statement. “He cares about students, he cares about the community, and he has been instrumental in Dallas College’s transformation, too. I look forward to seeing how he will continue the work that is so vital to the future of Dallas.”

Last June, when Lonon was selected as the sole finalist for chancellor, Board Chair Monica Lira Bravo noted a mission that remains one of his key goals moving forward.

“Our board is confident that Dr. Lonon has the right experience, skills, and vision to continue bridging the educational gap in Dallas County, making Dallas College a valued resource for students, community partners, and employers alike,” Bravo said. “We wish him well as he embarks on his first year as chancellor.”

He also previously led Dallas College’s educational policy, workforce, and economic development activities. He served as interim president of Brookhaven College in 2019, overseeing a campus of nearly 20,000 students prior to the consolidation of Dallas College.

In his years working in city government, Lonon was involved in significant development projects including the Trinity River Project, along with other public works initiatives that fostered economic development in underserved areas of Dallas. The projects led to community restoration and major transportation corridors along the Trinity River, as well as the construction of the American Airlines Center.

Coalition-building and community grassroots skills that Lonon honed at City Hall could come in handy as he guides Dallas College in the future. Already this year, Dallas College has made groundbreaking news by hosting two tuition-free, Montessori-inspired Bezos Academy preschools on its campuses in Oak Cliff and Lancaster.

Lonon will continue to serve on several national and local boards including the YMCA of Metropolitan Dallas’ Advancement Committee, the Dallas Father of the Year Awards, the Austin-based United Ways of Texas, Rebuilding America’s Middle Class, and COMBASE, a national consortium of leading community colleges.