Grapevine’s BILT Is Testing Its 3D Instruction App With the U.S. Military

BILT has spent years helping consumers assemble BBQ grills, treadmills, and other products with its 3D interactive instructions app. Now—with millions in funding and contracts with the U.S. Air Force and Navy—it's hired a lobbying firm to help get the BILT app in the hands of America's armed services. 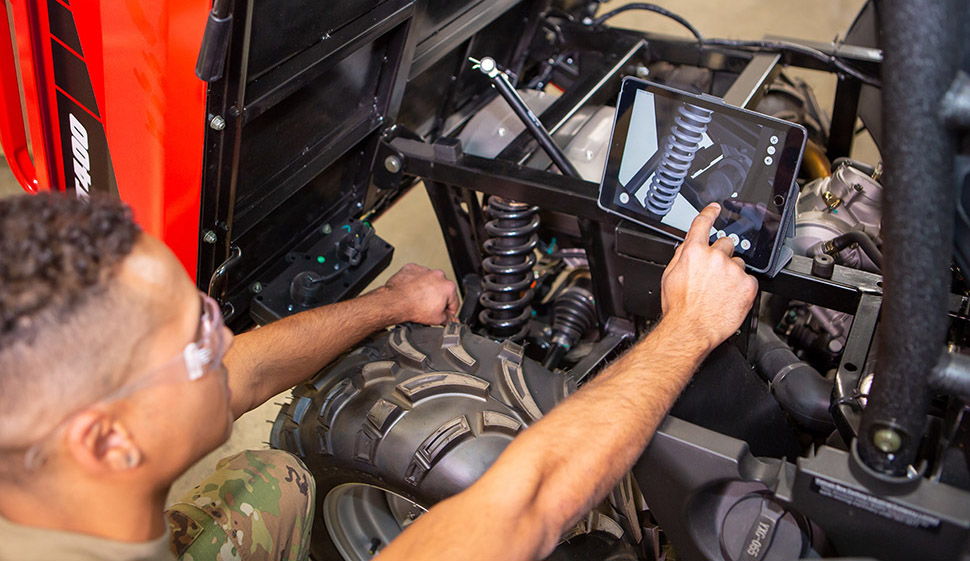 Grapevine-based BILT offers a 3D “interactive instructions” app that’s helped countless consumers with their Weber grills, Delta faucets, NordicTrack machines, and thousands of other products. Now BILT is aiming to bring what it calls “the future of instructions” to the U.S. Air Force, Navy, and Army.

Most instructions used by the military are still printed “on paper and in manuals,” BILT Co-Founder, President, and COO Ahmed Qureshi told Dallas Innovates.

“Or it’s 2D PDFs online, or stored on a computer,” Qureshi said. “And so it’s cumbersome. Today’s maintainers and airmen are used to mobile and 3D and interactive. On a mobile device, they can interact. They can zoom in and zoom out on the instructions, and scroll and turn things around. It is super, super visual. You can’t do that with flat 2D instructions on paper, or even looking at 2D instructions on a computer.” 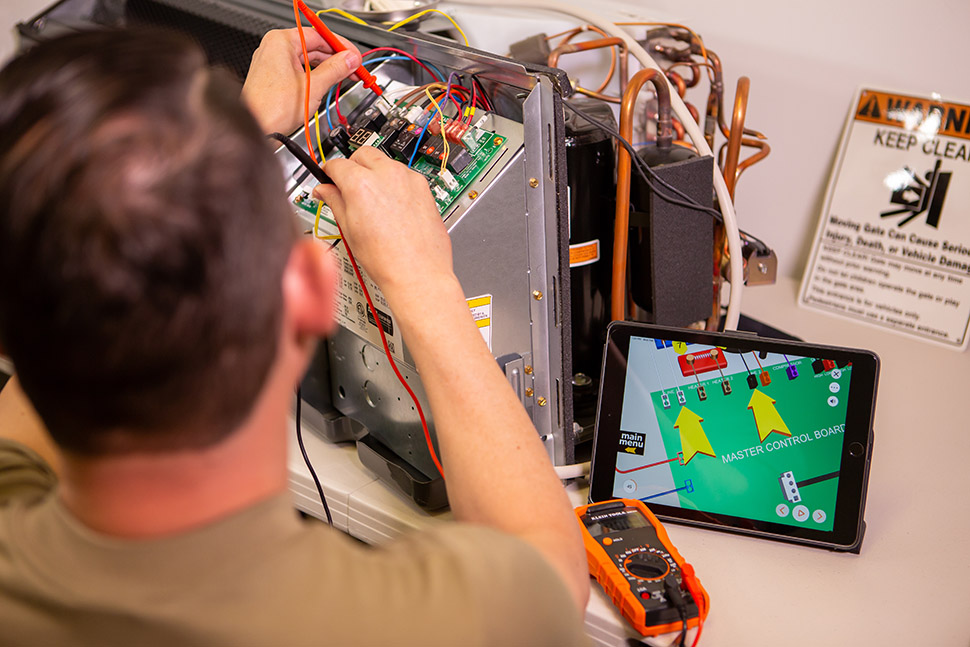 Qureshi says BILT’s app is “game-changing technology” that he’s working to put “in the hands of an Air Force maintainer or an Army soldier or a Navy sailor aboard a ship, or a civilian maintainer working in a shipyard or on an MRO facility for the Air Force.”

“We’ve spent years on the design of this, so we really understand how to help end users be successful,” he said, “to the point where they can quickly do tasks, do it safely, and then help improve readiness of the equipment that they need to make sure works and is deployable when they have to get on an aircraft or a ship.”

BILT was founded in 2015 by Qureshi and co-founder, Chairman, and CEO Nathan Henderson. Its increasing focus on the U.S. military comes after years of success in working with a long list of consumer product companies, from Dallas-based Solo Stove to Home Depot, Walmart, American Standard, Breville, Coleman Powersports, and many more. The startup got a $9 million investment from Silverton Partners last year on top of an earlier raise of $4 million to fuel its growth. It’s seen years of triple-digit growth, made the Inc 500 list in 2020, and claims millions of users in over 170 countries.

“BILT is the Google Maps of instructions,” CEO Henderson has said in the past. “It’s the future of training and certification. It levels the playing field for many types of learners. It is so intuitive and flexible it enables success, whether a user goes straight through step by step (where they can instantly replay steps), or they choose to skip ahead to the step they need help with.”

BILT has contracts with the U.S. Air Force and Navy 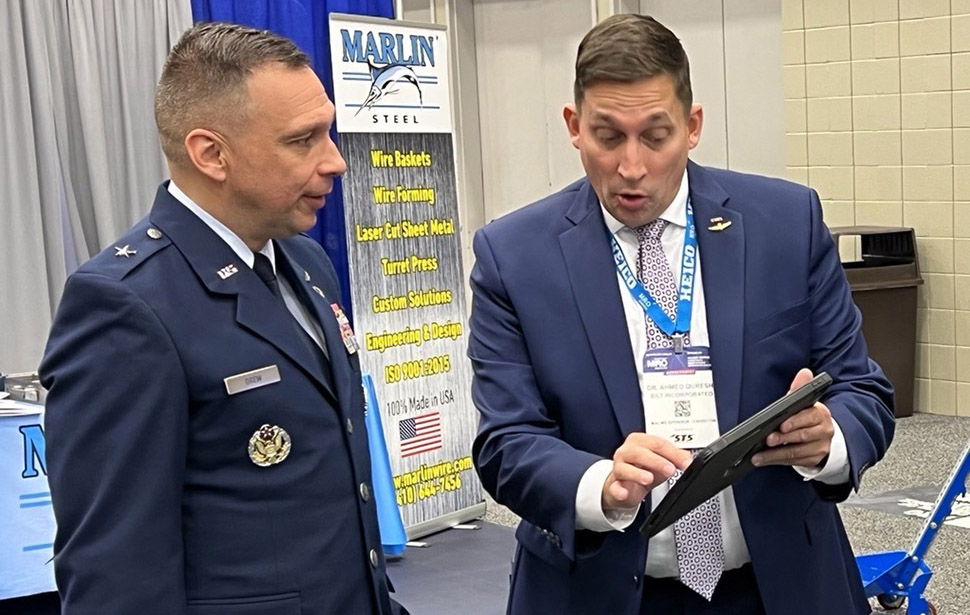 BILT won its first $50,000 phase 1 Small Business Innovation Research (SBIR) contract in 2019 through the Air Force Ventures/AFWERX innovation program. That enables the company to showcase its SaaS solution to US Air Force commands.

“It gave us a license to hunt inside the Air Force ecosystem, so we could begin to speak with Air Force organizations and basically show them our commercial technology,” Qureshi said.

For the last couple of years, BILT has been working with the Air Force to test out the BILT technology, usually having to rely on Zoom meetings due to COVID restrictions.

BILT has also secured a small contract with the Naval Sea Systems Command, and has also been doing testing with Navy teams for “a couple of years” as well. The company is currently in discussions with the U.S. Army, Qureshi added.

For now, BILT is only in an innovation program in the federal space, not working with the military in an operating capability. “Our hope is that we’ll be able to deliver this at scale in the not too distant future, so that we can help our airmen, our seaman, our soldiers, and everyone in the joint force in whatever jobs they’re doing that will help them keep their equipment at the readiness levels needed so that it can be used when it needs to be used,” Qureshi said. 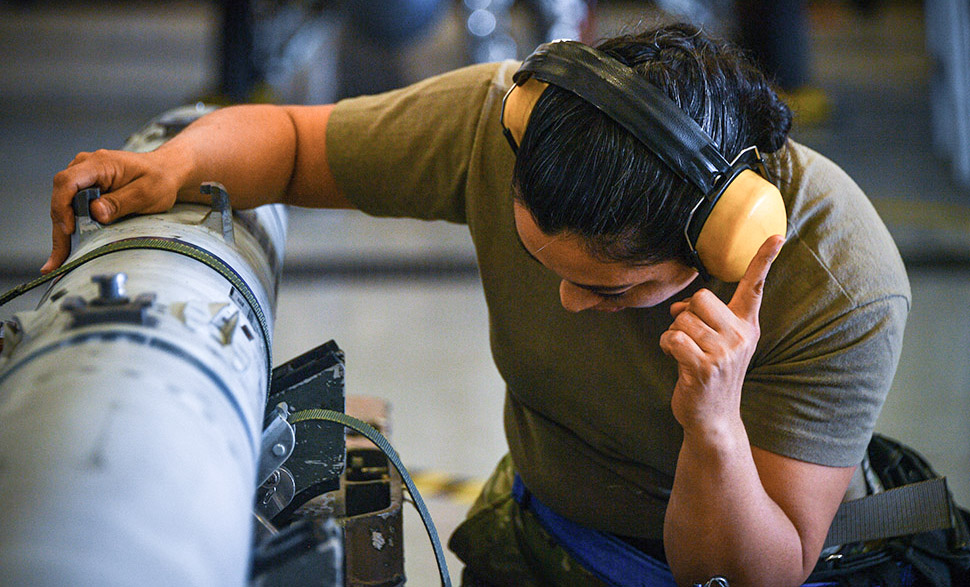 To make that happen as quickly as possible, BILT announced yesterday that it had engaged Hobart, Holloway & Quayle Ventures, a lobbying firm with offices in Washington, D.C. HHQ was named by Bloomberg Government to its list of Standout Lobbying Firms of 2020, with 2020 revenue of $6.2 million.

“Having lived [in Washington], I know it’s helpful to have someone on the ground, and so I felt it was the right time to engage them,” Qureshi told us.

“I used BILT during the lockdown, and it’s game-changing technology,” Hallaway said in a statement. “There are numerous opportunities and applications across the federal space.”

Hallaway believes the 3D instructions could help modernize maintenance, repair, and installation procedures not just for the military, but across the entire government—and save taxpayer money while doing it.

The U.S. military is ‘hungry for innovation’

It’s no secret that the Pentagon and U.S. armed forces have long struggled with bureaucracy and red tape. But Qureshi believes it’s been upping its innovation game for years, especially when it comes to giving smaller startups like his an opportunity to get game-changing solutions into the federal system.

“How quickly the government embraces innovation is key to protecting the country and engaging in great power competition,” Qureshi added in a statement.

It’s not just the Pentagon brass that BILT wants to convince. It’s the enlisted men and women in all the services they hope to work with as well. In a BILT news release, a U.S. Air Force reservist at the Naval Air Station Joint Reserve Base in Fort Worth said she sees possibilities in the BILT app.

“Everyone does things a little differently and it affects efficiency,” Veronica Morales said in the release. “Methods become obsolete.” (Note: Morales is not the unidentified reservist in the U.S.A.F.-supplied photo above.)

Morales’ job was to protect, analyze, and report data supporting the F-16 fighter program at Carswell Field. But she noticed a wide variance in skill and productivity based on who mentors the reservists. In the release, she says BILT “has the potential to fill in the quality control and skill gaps” and thus reduce downtime, improving overall readiness.