Spring is a Northern California chain that provides fertility treatments and egg freezing.

Spring Fertility said it plans to use the funding to expand in the San Francisco Bay Area and across North America. No terms of the funding were released.

Bloomberg said Bonderman has had success with previous investments in healthcare, including a profit of at least $425 million from Gilead Sciences Inc.’s acquisition of biotechnology company Kite Pharma Inc. in 2017.

Dallas-based MoneyGram International Inc. has received a $50 million investment commitment as part of a strategic agreement with Ripple, a provider of enterprise blockchain solutions for global payments. 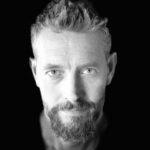 MoneyGram is one of the world’s largest money transfer companies, with more than 200 countries and territories. As part of the arrangement, San Francisco-based Ripple has made an initial equity investment of $30 million in MoneyGram.

The announcement sent MoneyGram’s stock soaring on Tuesday and Wednesday when it reached as high as $3.90 per share. By Thursday afternoon, the stock price had moderated—but still was up from earlier in the week.

The investment is composed of common stock and a warrant to purchase common stock, according to a release. Also, at MoneyGram’s election, Ripple may fund more purchases of common stock or warrants up to an additional $20 million. MoneyGram will be able to use Ripple’s xRapid product (XRP) in foreign exchange settlements as part of its cross-border payment process.

To read more about the deal, go here.

Following a $120,000 seed round in 2014, Aptible has now raised $12.1 million, according to Crunchbase. Other investors in the current round are California-based Western Technology Investment, New York-based Thrive Capital, and Michigan-based Tamarind Hill.

Maverick Capital is a global investment firm that for 20 years has invested in early stage companies. It was founded in 1993 by Lee Ainslie.

The funding was provided by Dallas-headquartered SWK Holdings Corp., a publicly traded, specialized finance company that focuses on the global healthcare sector.

4WEB Medical focuses on developing innovative orthopedic implants. The company said it intends to use the funding to accelerate growth over the next five years by investing in product development, procedural-based solutions, and clinical research.

According to a release, the loan was originated by Rothesay Life Group company Rothesay Asset Management US LLC. The loan’s principal balance is $403 million.

“Invitation Homes has a history of innovation, and we are excited to have partnered with Rothesay Life to pioneer a new financing channel for the single-family rental sector,” Invitation Homes CFO Ernie Freedman said in a statement. “We are pleased that more and more capital providers continue to recognize the uniquely attractive nature of our industry as it evolves.”

Fort Worth- and San Francisco-headquartered TPG has agreed to buy Accel Entertainment, an Illinois-based slot machine operator, in a transaction that will give Accel a value of roughly $884 million as well as a public listing.

The acquisition will combine Accel with TPG Pace Holding Corp, TPG’s publicly traded acquisition vehicle, Bloomberg reported. Expected to close in the third quarter of this year, the deal is subject to regulatory approval as well as TPG Pace’s shareholders.

Accel specializes in video-game-betting technology, which is growing in Illinois after new legislation expanded the market for the machines in that state.

Plano-based LegacyTexas Financial Group and Houston-based Prosperity Bancshares have agreed to merge in a transaction valued at roughly $2 billion.

After the merger, LegacyTexas stockholders will receive 0.5280 shares of Prosperity common stock and $6.28 cash for each LegacyTexas share, according to a release. The total consideration is valued at roughly $2.1 billion.

Irving-based Archeio Technologies, a provider of oil and gas document classification and smart search technology, has been acquired by Quorum Software, a Houston-based firm.

No financial details of the deal were released.

The acquisition will strengthen and expand Quorum’s software and services with a cloud-based document management tool aimed at making oil and gas operations more agile, secure, and compliant, according to a release.

Archeio Technologies was founded in 2014. Quorum is a Thoma Bravo portfolio company.

Dallas-based BARBRI Inc. announced that it has acquired The Center for Legal Studies, a provider of online programs and training courses for paralegals and other legal support professionals.

BARBRI, a Leeds Equity Partners LLC portfolio company, is a provider of practical legal education in the United States and international markets.

CLS has trained more than 75,000 paralegal and legal support professionals through online and live legal studies courses delivered in partnership with colleges and universities.

No financial details of the deal were released.

Extraco Insurance is a group of five property/casualty insurance professionals operating in the Texas cities of Waco, Temple, and Hamilton for 19 years. They will continue doing business under the Higginbotham name.

Higginbotham is ranked as the largest independent insurance broker based in Texas with more than 30 offices across the state.