⟫ After inking agreements with a number of collegiate and NBA teams, Cerebro Sports is looking to “break down barriers across the basketball industry” with funding from someone who knows a thing or two about the sport.

Using its technology and a global database of players, scouts, and coaches, the company provides data and analytics on basketball players to help in the recruitment process, with the goal of making it more objective.

Launched last year, Cerebro said it plans to use the pre-seed funding to help scale internal data operations, in addition to growing its institutional client base as it gears up for the release of its consumer offering. Eventually, Cerebro co-founder and VP of Strategy Rohan Dang said the company aims to add more sports to its platform.

“There’s an opportunity to tell a full, objective story of player performance in the basketball industry that replaces hype with data-driven analytics. Today, most recruiting and scouting processes require the eye test and, while certainly meaningful and a necessary aspect of recruitment, that is very difficult to scale,” Ryan Girardot, Cerebro’s co-founder and CEO, said in a statement. “There is a myriad of data to sort through, so we’e built our tools to create scalable and objective analysis.”

⟫ Dallas-based Tricolor Holdings, a firm focused on providing auto loans and other financial services, announced landing $100 million in funding from Fifth Third Capital, per the Dallas Business Journal.  Founder and CEO Daniel Chu said the money would help support Tricolor’s growth as it expands into new markets. Around the same time last year, Tricolor announced it had received $90 million in funds from BlackRock. 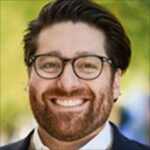 NPact said the move will help expand its footprint in the community foundation and religious verticals. The company’s co-CEO Jeffrey Conn added that the acquisition of the products “positions NPact to serve this unique set of customers, as [we] continue to improve existing solutions and build new solutions which meet their specific needs.” 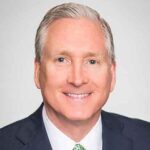 With 25 new team members joining Ryan as part of the deal, the company’s leader added that the acquisitions leave it with the largest property tax services team in the world.

In addition to new team members, the move brings more than 600 clients over to Ryan’s roster.

⟫ Aiming to accelerate its growth in biopharma services, Irving-based McKesson Corporation announced plans to acquire Kansas’ RX Savings Solutions in a deal valued at up to $875 million. Using machine learning algorithms, RX Savings works with health plans and self-funded employers to achieve prescription cost savings, reaching more than 17 million patients. As part of the deal, which is pending regulatory approval, RX Savings will become part of McKesson’s prescription technology solutions business, with the ultimate goal of using RX Savings as a “foundation to build new outcomes management programs for biopharma and payers.” 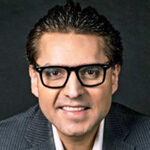 ⟫ Dallas’ Beckett a pricing and grading platform for collectible items, has acquired Houston-based Due Dilly, a company using machine learning to help make the kind of assessments Beckett focuses on. Calling computer vision “the future,” Beckett CEO Kunal Chopra said the move helps the firm with its “strategic vision” of using tech to create new products and services for collectors. Terms of the deal were not disclosed.

⟫ Dallas-based NEW A.G.E. Inc. has inked a deal with Healing the Earth, the innovative organic food growing system subsidiary of Alabama-based holding company Green Planet Group, to become a distributor and manufacturer of its products. With the goal of establishing a center for sales, tech demonstrations and education, manufacturing, maintenance, and distribution of Healing the Earth’s products, NEW A.G.E. has agreed to provide a $2.5 million convertible loan or other funding method in a similar amount to Healing the Earth. The initial agreement is for 10 years, with renewals totaling 40 years.

“Adding a major distributor and manufacturer to help us commercialize our food growing system will help the worldwide farming community adopt our technology and accelerate sales and revenues,” Pat Choate, Green Planet chairman and CEO, said in a statement.

⟫ As part of its expansion into the western U.S., Commercial Metals Company, a more than century-old Irving-based manufacturer, recycler, and fabricator of steel and metal products, has acquired California’s Advanced Steel Recovery. The move will help provide scrap metals to Commercial’s mills in Arizona—where a new mill is expected to come online early next year—said the company’s board chair, President, and CEO Barbra Smith. A supplier of recycled ferrous metals, Advanced Steel says it handles around 300,000 tons of scrap annually.