From real estate and insurance to a new cancer treatment, here's a look at recent funding, mergers, and acquisitions involving companies and firms with North Texas ties.

Irving-based Silver Creek Midstream LLC announced that Dallas’ Tailwater Capital LLC has increased its equity commitment in the company from $150 million to $300 million.

The equity funding will come from both Tailwater Energy Fund III and EF-III limited partner co-investors.

Silver Creek said the funding will help it to continue the buildout of its 100 percent-owned crude gathering system in the Powder River Basin in Montana and Wyoming.

Tailwater Capital is a growth-oriented energy private equity firm. It has executed over 100 energy transactions in the upstream and midstream sectors representing more than $18.6 billion in transaction value, according to the firm.

Fort Worth-based venture capital firm Bios Partners said it is raising $2.5 million as part of an investment in the New York cancer treatment developer Incysus, according to a Form D filing.

Bios Partners is investing through its second fund that it raised in 2017, the Dallas Business Journal reported.

Incysus uses a treatment combination of immunotherapy and chemotherapy to target cancer cells, which reduces the impact on the body’s immune system, according to the company’s website.

Dallas-based Bestow Inc. has closed $15 million in Series A funding ahead of the company’s national launch of its life insurance services platform. 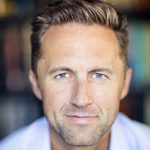 Consumers have access to term life insurance plan options via Bestow, including a two-year term that makes life insurance accessible and affordable, according to the company.

Bestow told Dallas Innovates it will launch nationally in the next three to six months, and will roll out its platform state by state. During the remainder of the year, the company will continue to launch new states until it is available nationwide.

“It’s clear there is a gap for consumers between the demand for life insurance protection and their ability to navigate the friction typically involved in getting covered,” CEO Melbourne O’Banion said in a release. “We’ve built an entirely new model, essentially eliminating many of the principal pain points associated with researching and buying life insurance.”

Strategic Property Investment, a Dallas-based real estate investment firm, said it is raising up to $12 million. According to a Form D filing, the investment is for “Bluffview 181.”

The Dallas Business Journal reported the money maybe be for a local mixed-use development.

An SPI executive told the DBJ that the firm has put the 181-unit Elan at Bluffview Tower luxury apartment complex near Dallas Love Field Airport under contract.

Frisco-based Hera Health Solutions said in a new federal filing that it has raised all of a $100,000 funding round.

Hera Health Solutions was founded in 2016, and is developing a device that eliminates the removal of sub-dermal contraceptive arm implants. The company’s product releases hormone as it degrades over time.

Dallas-based WiseKap, which offers a series of investment projects in areas of high real estate development, has raised $40,000 in a seed round, Crunchbase reported.

The firm was founded in 2016, and said that its rental properties provide a constant cash flow and regular income for investors without exposure to the volatility of stock markets, as well as a higher yield than mutual funds and time deposits.

The move will expand its operations in the state of Colorado, Independent Bank said.

Independent Bank, which is building a new corporate headquarters building in McKinney, said it would pay roughly $35.37 per Guaranty Bank share. That’s a 9 percent premium to Guranty’s close on Tuesday, Reuters reported.

Guaranty Bancorp had total assets of $3.7 billion and total deposits of $3 billion as of March 31, according to Reuters.

Dallas-based real estate investor Caddo Holdings is targeting industrial properties with the $18.4 million it raised for its second fund recently, according the the DBJ. Caddo sold its property management arm to brokerage firm Rubicon Representation earlier this year, the DBJ reported.