From Nature Nate's to SunTX Capital Partners and Anchor Partners and Wisteria, here are some of the funding and M&A deals involving companies and investors with North Texas ties.

What companies are finding funding or having a big exit? From startup investments to acquisitions, Dallas Innovates tracks what’s happening in North Texas money every Thursday. Sign up for our e-newsletter to stay in the loop.

What is optogenetics? It’s a biological technique that uses light to control cells in living tissue.

Nanoscope, a SmartStart client of TechFW, received the grants are from National Institute of Health subsidiary National Eye Institute within the U.S. Health and Human Services Department.

“This will allow us to advance development of our product pipelines for rapid clinical translation,” said Sulagna Bhattacharya, the CEO/COO of Nanoscope Technologies. “This means that if the next steps are successful, we could bring back sight to millions who currently have no other recourse for treatment,” Sulagna Bhattacharya, CEO/COO of Nanoscope Technologies, said in a release. “With these grants, we are able to recruit top talent to the region, and can be expected to enhance our strength in innovation and commercialization.”

Founded by President and CEO Samarendra Mohanty, the company will grow to 14 employees with the grants and additional research, according to a release.

Cresson-based Integrity Bio-Chem reported in a government filing that it has raised $2.9 million of a $3 million venture capital round. 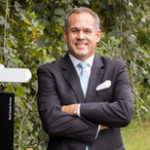 Compass, a New York Cityp-based real estate technology company, that has entered the Fort Worth market announced that it raised $400 million in a Series F funding round. To date, Compass — which was founded in 2012 — has raised $1.5 billion in funding rounds.

The firm, which uses a powerful end-to-end platform that supports the whole buying and selling workflow, said longtime Fort Worth real estate agent John Zimmerman, formerly of Briggs Freeman Sotheby’s International Realty, will be the founding partner of the Fort Worth market. The Fort Worth office joins a Dallas office opened earlier this year.

Compass co-founder and CEO Robert Reffkin talked on the CNBC Squawk Box” about the company’s $4 billion valuation and trends in real estate.

“Anchor Partners represents an opportunity to leverage SunTx’s capital and operational expertise to grow an attractive business in the manufacturing space,” Ned Fleming III, founder and managing partner of SunTx Capital Partners, said in a release.

Anchor specializes in acquiring manufacturing organizations that have proven performance records with a positive, growth-oriented culture.

Cargo hauls in $22.5M in equity funding round

In-car commerce platform Cargo has raised $22.5 million in a new equity funding round, according to a filing with the SEC.

New York City-based Cargo, which recently launched its service in Dallas, provides refreshments and treats — water, gum, snacks — that are available in-car during trips with ride-hailing services such as Uber, Lyft, and others.

According to the filing, Cargo’s funding raise included $1.1 million issued in stock following “conversion of outstanding convertible securities,” according to Crunchbase News.

Here’s one we just noticed from earlier this year, that we think you’ll be interested in. OneDine, the Plano-based dining app provider, raised $700,000 in seed funding, The app is being used in two Addison restaurants—the first of roughly 10 local restaurants that are piloting the app. It allows customers to pay their check and order additional food items without calling for a server.

Btm Products, a health-care company based in Addison, raised $650,000 in seed funding as part of a $1 miiion equity raise, according to a filing with the U.S. Securities and Exchange Commission. Crunchbase, which said this round raised, $649,998, did not identify who the investors were.

Plano-based beverage company Keurig Dr Pepper has agreed to buy premium water company Core Nutrition for $525 million in a deal that could close by the end of the year.

Core Nutrition, which produces such drings as Core Hydration and Core Organic, has been one of Keurig Dr Pepper’s allied brands since 2016, and Foodbev.com said that Keurig Dr Pepper manages roughly two-thirds of Core’s U.S. distribution already.

Bloomberg said that the acquisition is a sure sign that beverage companies are looking beyond sugary drinks. Keurig took control of Dr Pepper Snapple Group earlier this year.

A lifestyle brand based in the United Kingdom has acquired Dallas-based furniture and home decor retailer Wisteria. The acquisition was made by OKA Direct Ltd. for an undisclosed price. It’s OKA’s first major acquisition in the company’s 20-year history and the deal should close this month.

Founded in 2000 by Andrew and Shannon Newsom, Wisteria has two stores in  Dallas and sells products across the nation online.

The Wall Street Journal, Private Equity News, and others are all abuzz about reports that McKinney-based honey producer Nature Nate’s has engaged Deloitte LLP to explore a sale. The Journal said that Nature Nate’s is expected to generate roughly $6 million in earnings in 2018. Sources told the Journal that private equity firms are among the prospective buyers.