Leadr has tripled its revenue by focusing on employee engagement and performance as a natural outcome of developing the whole person.

There's "a real tiredness in the industry" around traditional performance management, says co-founder Chris Heaslip. His startup is on the vanguard of change in manager and employee relationships. 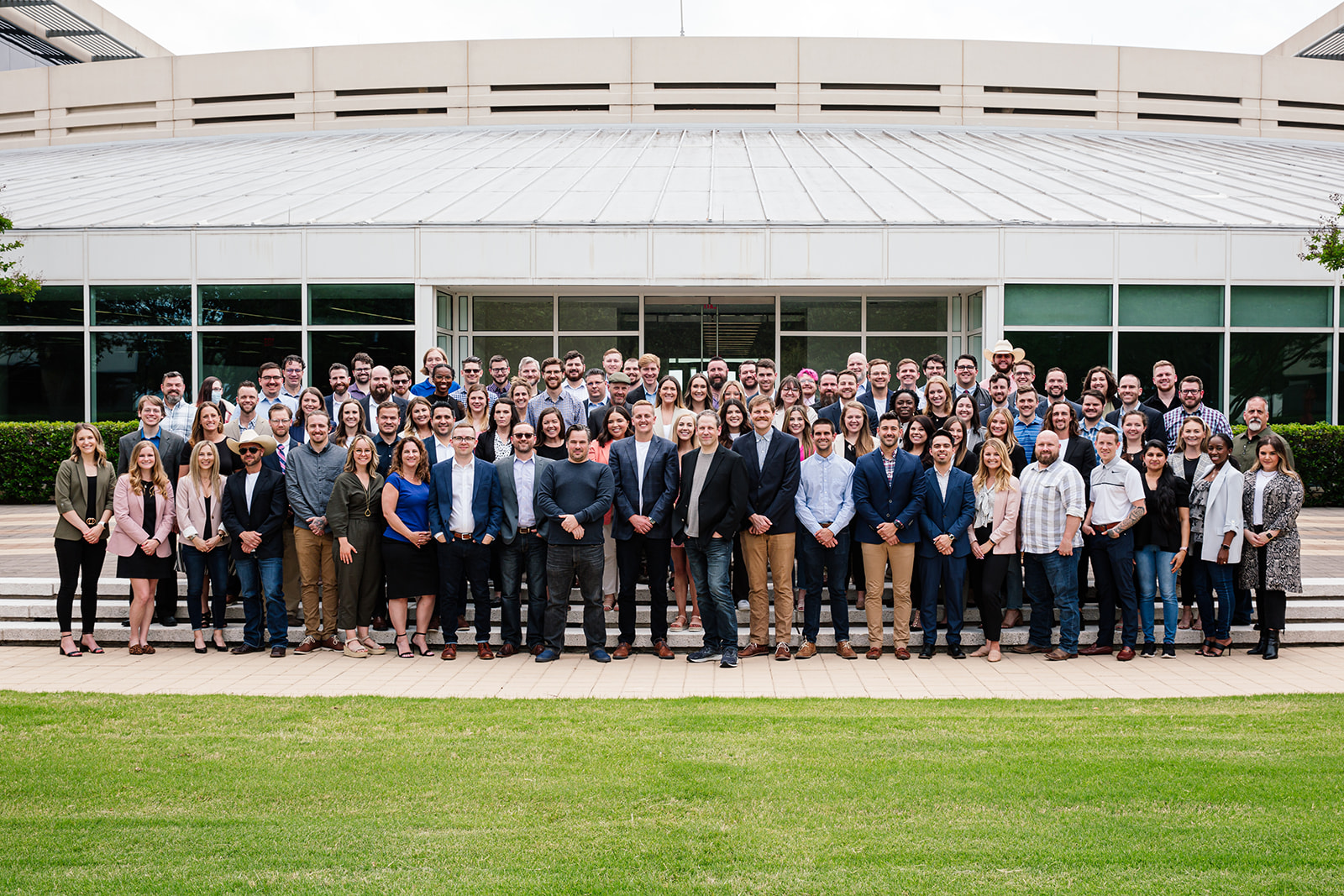 The Leadr team at its new Plano offices.

After quietly planting its headquarters in the region in late 2019, a tech startup is shifting its local hub to accommodate recent, rapid growth.

Leadr, a human resources and leadership development software company, announced moving its headquarters to new offices in Plano, more than doubling its footprint in the area as it looks to help change the relationship between business managers and employees in a new work environment.

“What we’re seeing is that people understand that performance management is broken, the way management was done traditionally is broken,” Chris Heaslip, Leadr co-founder and executive chairman, told Dallas Innovates. “They’re looking for a way to do it [that’s] more aligned to the way employees want to be led and developed, and I think that’s driving a lot of our growth.”

Seeing increased demand for its product, Heaslip said Leadr has added 40 new team members in the first quarter of the year, bringing its total to nearly 120. To house its expanded workforce, the company is moving its headquarters from a 1,750 square-foot space in Plano’s Legacy Central Business Park to a nearly 5,300 square-foot space in the city’s The Campus at Legacy, where about half of Leadr’s team—mostly in customer-facing roles—are housed.

While it doesn’t have a physical presence there, Heaslip said a large portion of Leadr’s remaining team is in the Seattle area, where the company was initially formed in 2018. 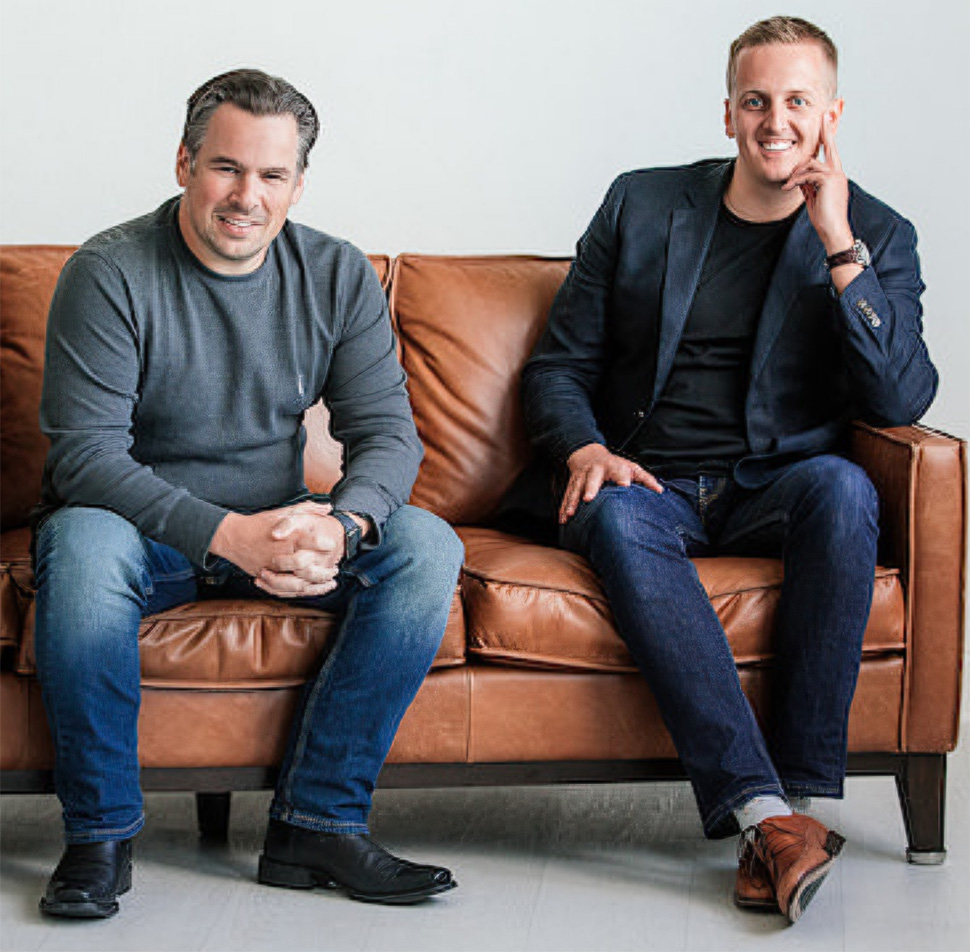 Leading, growing, and developing people is core to a business’ operations, says Leadr co-founder Chris Heaslip. It’s “not something you do off to the side,” he said. “It should actually advance your organization … it’s really the same thing as achieving your business goals.”

The relationship between employer and employee is changing, he says, with the latter now tending to see jobs as a stepping stone to future opportunities rather than as a decades-long career.

Leadr’s software focuses on giving managers insights into the health of their workplace based on things like engagement, rapport, and satisfaction. It also helps managers develop future leaders in their workforce by facilitating one-on-one meetings and creating actionable goals for individual employees based on their desired career paths within the company and beyond.

Launching “right in the middle of COVID” created unique challenges, Heaslip says. Then, the company started seeing those kinds of challenges “became really big, positive factors for us.”

The co-founder says COVID highlighted gaps in the employee-manager relationship that were “simmering under the surface.”

Leadr gives employees and managers a toolkit to help them develop a relationship and principles that are best practices to follow, he says.

Initially launching its product to the public in 2020, Leadr originally planned to target large religious organizations, a focus brought over from Heaslip and fellow co-founders Matt Tresidder and Matt Strelecki from their previous roles at publicly traded donor payment management company Pushpay. Since then, the company has grown to focus more on the for-profit sector, with around 14,000 daily active users on its platform currently, including companies like Frito-Lay and Toyota.

‘There’s just a real tiredness in the industry’

Heaslip attributes the company’s recent growth to the changing dynamic of employees’ relationship to work and managers coming to understand that developing their workforce is akin to developing their business—something he says was brought to light amid the rise of remote work during the pandemic.

The co-founder adds that Leadr’s move from Seattle to North Texas has given it access to a deep talent pool, without the competition of companies in its former hub like Amazon and Microsoft. Leadr Senior VP of Growth Holly Tate also noted that DFW’s Central time zone allows the company to better reach customers across the country.

“There’s just a real tiredness in the industry as a whole around performance management and management in general,” Tate told Dallas Innovates. “It’s more about what can I get out of you as a person, it’s looking at you as an asset and not as a whole person.”

Leadr focuses on the development of the whole person: “What we’ve really uncovered is that things like employee engagement and performance is an outcome of effectively developing the whole person. If we’re focused on that, then those other lagging indicators will take care of themselves,” he said.

In addition to changes in the workplace, Leadr’s growth is also being fueled by a $10 million Series A funding round led by Bedrock Capital that it landed last July, bringing its total funding to around $14 million. While not disclosing specific figures, Heaslip said the company has tripled its revenue since then—and it’s on track to triple that again in the next 12 months. As of the beginning of 2021, the company said it was approaching $1 million in annual recurring revenue.

Looking ahead, Heaslip says Leadr plans to continue to focus on growing its client base while building out new products and attracting new talent to the team.

“We have a big, audacious goal to develop a million leaders … logging in and having meetings with their managers and connecting with their staff,” Heaslip said. “We feel that creates a much better and more aligned workplace for people. Growing the business and developing staff are not these two different things.”