Disrupt Dallas: Minority Founders Discuss How ‘Innovation Lives in the Hood,’ Emerging Tech, and Where to Go From Here

Local entrepreneurs talk emerging tech, overcoming challenges, how to be more diverse within your organization, and where to go post-COVID.

In an effort to continue fostering connections between these minority business owners and entrepreneurs that tune in to DSW20, The DEC Network this year kicked off its event with Disrupt Dallas, a summit that serves as a celebration of those in the entrepreneurial ecosystem who are disrupting the diversity pipeline.

Disrupt Dallas also aims to be an educational program for the minority entrepreneurial market and overall economic landscape.

“Disrupt Dallas is designed to be not only informative and engaging, but to serve as a soundboard for discussion of the important topics for minority entrepreneurs in Dallas,” Jamila Sherman, manager of programs and membership for The DEC @ Redbird, says. “It’s so important for minority entrepreneurs to support each other, and this summit can be a jumping-off point for that.”

Sandwiched between networking and a live stream of music from DJ Rocket, this year featured conversations on emerging tech, overcoming challenges, how to be more diverse within your organization, and where to go post-COVID.

For instance, Dom Bookman, the CMO and co-founder of Dallas-based StreamSum, chatted with Moderator Obiora Anozie on the future of artificial intelligence and being a Black entrepreneur. 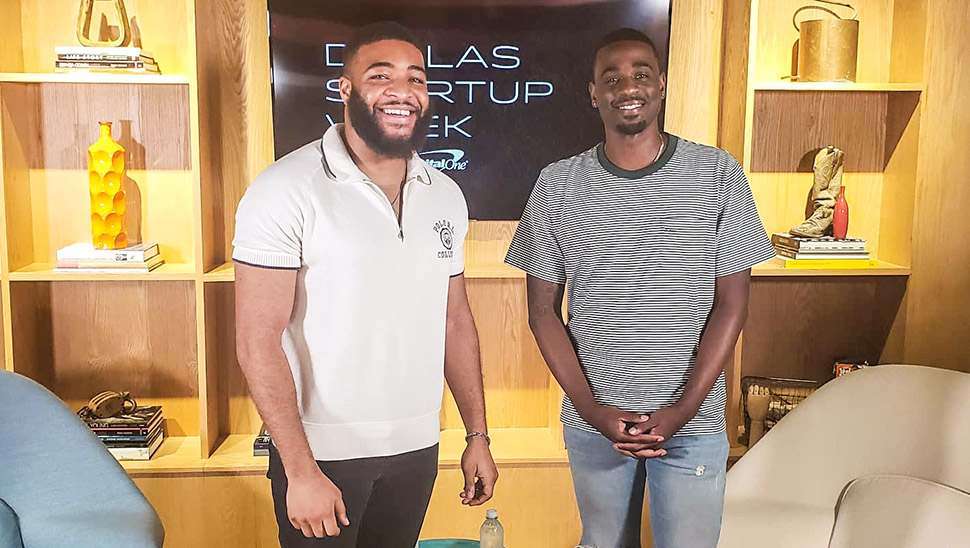 Live streaming is the future of media, according to Bookman. It could be as big as television ever was.

“We’re a computer vision company,” he told Anozie at Disrupt Dallas. “Logo recognition is one of our products. We’re actually able to teach AI to understand what’s going on within the content in a contextual way. Something that I’m really, really excited about with AI is what it looks like at-scale. And, unsupervised learning. AI is here to help you make better decisions and processes, and automate a lot of mundane tasks.”

But, when it comes to the tech sector, Bookman sees some issues with transparency and accountability.

AI is today being deployed in situations most people don’t know about, he says. That can be a problem—especially when an organization doesn’t have a diverse set of thinking at its core.

According to Bookman, the first step is building very diverse sets of teams. Then, ensuring that discussions are being had about racial injustices that occur in both society and at work.

“Buy Black. Invest in Black,” he says. “That’s the biggest thing there—that’s my motive right now. It’s to make sure I’m saying, ‘Hey, you don’t have to buy from me, but buy from my cousin. Buy from someone Black. You’ll get those diverse sets of thinking.”

Diversity to Bookman is defined by who he sees. It’s all about being represented. He calls himself a data guy—he wants to see the numbers behind what Black founders you are investing in and how many Black products you have bought.

“I feel like tech is the way we build wealth in our Black community right now. If you’re talking about making a career and making a real impact right now with a certain demographic of people, go into neighborhoods that aren’t being introduced to things like technology,” he says. “Innovation lives in the hood, too.”

Kirsten Johnson, the founder of Go XR, has a similar mindset.

Johnson says in launching her startup, she hopes to inspire people to “push themselves” and not settle for “what society says is okay for them.” She aims to serve as representation for fellow minority entrepreneurs to pursue startups, the tech industry, and fulfilling careers.

“I’m a firm believer that life is too short. In college I had three different internships and I can’t say that I actually enjoyed any of them,” she told Anozie at Disrupt Dallas. “I decided I didn’t want to live my life not pursuing something that actually makes me happy. I didn’t want to settle for a job that’s just okay. I want to be able to inspire at least one person to break free and do what they want.” 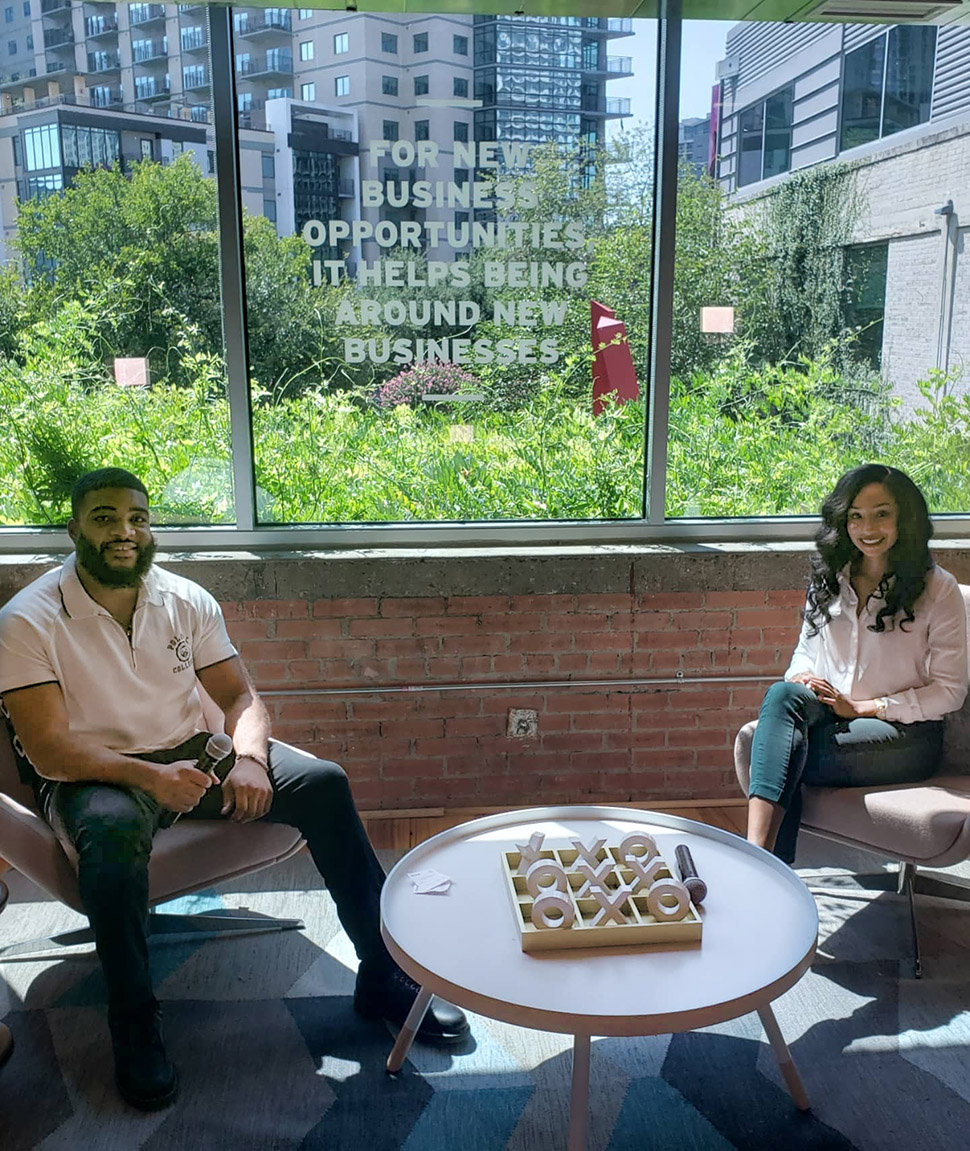 Today, Johnson is behind Go XR, a creative agency that uses augmented reality to revolutionize the online shopping experience. It embeds an AR feature into a website that allows customers to view a realistic 3D model of a product in their homes before buying.

When it comes to mass consumer adoption of AR though, Johnson doesn’t see that happening until people are able to feel comfortable wearing the hardware.

Most VR headsets are bulky and incredibly noticeable on your face. Wearing one isn’t doable for 2-3 hours of a day. But, she points to companies like Apple, which is working AR Glasses that would essentially “bring information from your phone to your face.”

“As more people buy into VR headsets, it will have more of a social aspect in our lives,” Johnson says. “I think it’s like a different, lifelike connection.”

As it begins to become accepted by society, Johnson says it’s especially important to consider who is actually consuming emerging tech. That’s not usually all types of people.

“The only way to be immersed in the VR environment is to have a VR headset. Those will typically go for around $300-400. That’s difficult,” she says. “If companies that are in the XR space are able to focus on the educational aspect and giving back to the communities, then we’ll be able to target lower income areas. That’s the biggest thing. We need to focus on the people that will easily be left behind.”

Manuel Valencia, founder and partner at CONNECTIVE Agency, also focused on the future in his in-depth conversation with Demetra Brown, senior director of Southern Expansion at The Dallas Entrepreneur Center. 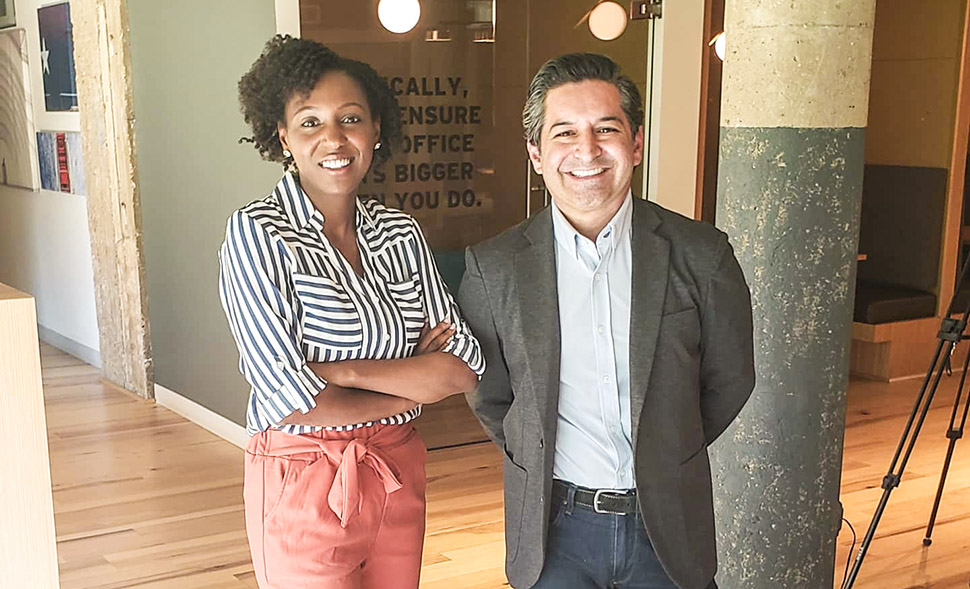 For some brown and Black small business owners in Dallas, their foundational needs have already been met. But where do they go from here?

Some advice Valencia has is to turn the lens inward. As he was building the CONNECTIVE Agency, he had access to limited capital.

That’s the number one challenge that founders of color face.

“A lot of people get caught up with what competitors are doing, what the market looks like, what other companies have. It literally doesn’t matter. Nobody on your team is on their team,” Valencia told Brown at Disrupt Dallas. “Turn that lens inward and focus on being the best company that you can be. Focus on making the best widget or delivering the best experience. Focus on outselling your capacity.”

As a leader, Valencia says the single most important thing anyone can do is make sure their team has the tools and resources to do their jobs in the best way. Especially throughout the COVID-19 pandemic, it’s evermore important to take care of your people and your clients.

“Brands are promises and people put trust into brands. If you started a new business this year, make sure that people understand who the people are behind the brand,” he says. “Entrepreneurs and business owners are a really special club. There’s so much willingness to help and extend a hand to help somebody. I had that and I know that other business owners will absolutely give that as well.”