In this weekly roundup of research and development activity in North Texas, you'll also find out about a collaboration between the University of North Texas Health Science Center and Quest Diagnostics to address preventable diseases.

A team of physicists from the University of Texas at Arlington has been chosen by the National Aeronautics and Space Administration to look at how the difference in the Earth’s southern and northern hemispheres affects the planet’s response to space weather.

The team—Daniel Welling, assistant professor of physics, and Yue Deng and Ramon Lopez, professors of physics—are developing advanced computer models examining space weather to account for Earth’s “interhemispheric asymmetries,” according to a statement.

The two-year, $1.3 million project will establish UTA as a Heliophysics DRIVE Science Center—a NASA program established to address challenge goals deemed poised and ready for major advancements, according to a statement.

But, what exactly is space weather?

It’s a branch of space physics and heliophysics examining the varying conditions within the solar system—including such things as solar wind—and emphasizing the space surrounding Earth.

UTA’s proposal was selected as a phase-one project through a competitive proof of concept process. Now, the team will be up for selection to become a fully-funded center in phase two, according to a statement.

Each team member has extensive experience in studying space weather. The challenge with understanding these asymmetries, according to the team, is that computer models are outdated and ignore interhemispheric asymmetry.

Using current models is like “trying to study a round planet with tools that assume it’s flat,” Welling said in a statement.

Researchers at the University of Texas at Dallas have identified a target for addressing the impaired cognitive function that some patients with chronic pain encounter as a side effect to their condition.

These patients’ pain isn’t addressed by pain relief medications, which sometimes make the degradation even worse, according to a statement. The researchers have pinpointed a single biochemical pathway as a target to help address both the neuropathic pain and the accompanying cognitive problems. 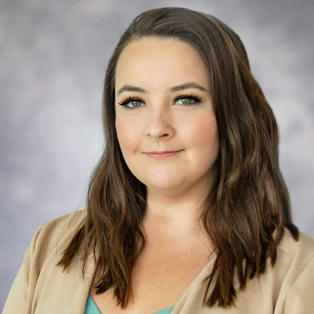 Ted Price, a Eugene McDermott Professor of neuroscience in UT Dallas’ School of Behavioral and Brain Sciences (BBS), is the senior author of a study in mice published online last fall in the journal Neuropsychopharmacology, which describes the pathway.

“One problem with existing pain medicine is that it only manages symptoms. What we really need are disease-modifying therapies,” Price said in a statement. “I’m pretty convinced that this target has that potential.”

The neuropathic pain originates from damaged or diseased peripheral nerves that carry signals between various parts of the body and the brain. Neuropathic pain is spontaneous with no external trigger, according to a statement, and can be caused by an injury or a host of medical conditions — from diabetes to autoimmune disease.

The paper’s lead author, Stephanie Shiers, is a research assistant in Price’s lab. She noted in a statement that the research suggests abnormal protein synthesis in damaged nerve cells might be driving excessive pain signals as well as altering brain-cell structure. The research focuses on an enzyme involved in protein synthesis called MAP (mitogen-activated protein) kinase-interacting kinase (MNK), according to a statement.

“There’s no one place that this pain starts. It varies by type of injury, or type of disease if it’s generated by chemotherapy or diabetes. If someone’s immune system is compromised, their pain experience may also be different,” Shiers said in a statement. “By regaining control over what proteins are being created, we could hit all of these problems, bring every pathology under one umbrella.”

A novel collaboration in North Texas may help improve the prevention of and treatment for people at a high risk for preventable diseases such as diabetes and chronic disease.

The UNT Health Science Center and Quest Diagnostics, a provider of diagnostic information services, announced a collaboration this week. 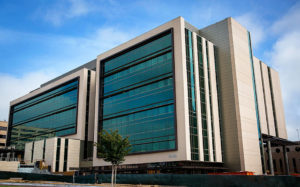 The UNT Health Science Center School of Medicine in Fort Worth

Through the collaboration, UNTHSC and Quest plan to focus on developing novel techniques for population health management—specifically, strategies to improve health care and lower costs for populations of individuals who share certain traits, such as risk factors for, or diagnosis of, a type of disease, according to a statement.

Many diseases such as diabetes, chronic kidney disease, and even some cancers may be prevented with early diagnosis and intervention.

“Health care is the one of the last industries that has yet to be truly disrupted by technology,” UNTHSC president Dr. Michael R. Williams said in a statement. “However, new technologies have the potential to completely change the way we prevent, diagnose and treat diseases.”

Quest Diagnostics isn’t new to this healthcare approach, as it has employed population health techniques on behalf of large self-insured employers and its own 60,000 employees and plan members to identify at-risk individuals, through the analysis of laboratory data, according to a statement. They are then directed to care, helping to support more favorable outcomes and preventing more aggressive diseases.

“By combining the strengths and expertise of UNTHSC and Quest Diagnostics, we will explore new strategies and technologies to transform health care and help people lead healthier, fuller lives,” Williams said.