In this weekly roundup of research and development activity in North Texas, you’ll also read about how Caris Life Sciences is offering a new tool to evaluate hereditary cancer risks.

Dallas has low rates of depression

The Dallas-Plano-Irving area has been listed as having fourth-lowest rate of depression among major U.S. metropolitan areas, according to a report from InsuranceProviders.com.

According to Centers for Disease Control and Prevention, one in five Americans have been diagnosed with depression, and that number has been on the rise over the past several years, with an increase of 17.8 percent between 2016 and 2017. That data might be an underestimate of the problem, however,  because more than half of those with a mental illness receive no treatment, according to Mental Health America.

Researchers from 360 Quote wanted to learn more about how depression is affecting people in the U.S., so they analyzed data from the Centers for Disease and Control Prevention to find the percentage of adults in each metro area who have been diagnosed. According to the report, they also used data from the U.S. Census Bureau to analyze social, economic, and physical health factors, including obesity, divorce rates, disability rates, and income levels.

In Dallas, researchers found that 14.2 percent of its residents have been diagnosed with depression—the fourth lowest rate among large U.S. metros.

Here’s a statistical look at Dallas from that research:

A researcher at the University of Texas at Arlington has received a high honor in his field. 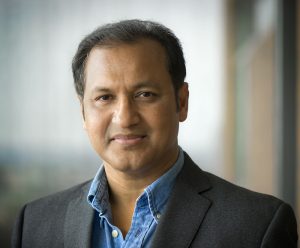 Gautam Das, associate dean for research in the College of Engineering at UTA, has been named a fellow of the Institute of Electrical and Electronics Engineers.

Das, also the Distinguished University Chair Professor in the Computer Science and Engineering Department, has been at UTA since 2004. The institute cited Das for his contributions to search and ranking in databases and to deep web querying.

“I’m elated at this honor,” said Das, who previously worked at Microsoft Research. “It’s really a recognition of not just me, but my mentors at Microsoft and here at UTA, and of course my collaborators and students.

“I feel good that our work has led to many more people looking at the problems of data management, and I’m proud that as my students worked alongside me, they gained knowledge and skills that allowed them to get great jobs after graduation.”

The university said that Das has worked extensively on DBXplorer, a software system that it said has defined the modern approach to keyword searches in databases.

Caris said that its somatic (tumor) tests that analyze a cancer’s molecular makeup will provide patients and their healthcare providers information to more accurately diagnose and treat cancer. The company described it as the most comprehensive, clinically relevant molecular and genetic offering on the market to guide treatment and management of cancer.

“We are committed to providing clinicians with high-quality information they can use to inform treatment decisions,” David Halbert, Caris chairman, CEO, and founder, said in a statement. “By partnering with Ambry Genetics to better inform patient care, we are able to provide clinicians a greater ability to learn about a cancer’s molecular composition.”

Caris recently announced that it is developing a new corporate park in Irving that will create 500 job opportunities. It will have increased research and development capabilities in the facility’s 115,000-square-foot R&D laboratory and office space.