Decker is named the GM at Funimation in Flower Mound 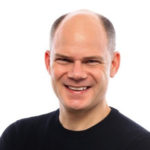 Decker assumes the title from Gen Fukunaga, who became Funimation’s chairman in February. Decker will report to Fukunaga and SPT Chairman Mike Hopkins.

Decker will be responsible for Sony’s other anime divisions and for collaborating with outside anime distributors.

Decker has more than two decades of experience in digital entertainment. Previously, he was the COO of computer software company Within Unlimited and chief operating officer at Crunchyroll. 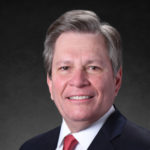 Irving-based Fluor Corp. has appointed Carlos Hernandez as chief executive officer and named him to the board of directors.

Hernandez was named interim chief executive officer on May 1 as part of Fluor’s established succession plan after David Seaton stepped down.

“We have great confidence in Carlos and trust that he will provide the strong leadership necessary to support the next phase of Fluor’s growth and future success,” Fluor Executive Chairman Alan Boeckmann said in a statement. “Carlos’ engineering and legal background, combined with his 12 years successfully serving in executive leadership roles at Fluor, makes him uniquely qualified to lead the company and our team of talented global professionals.”

The Fluor board of directors also named John Reynolds as the company’s new chief legal officer.

Fluor is a global engineering, procurement, fabrication, construction, and maintenance company. It ranks 164 on the Fortune 500 list and has more than 53,000 employees worldwide.

Ford is joining the Frisco EDC as vice president 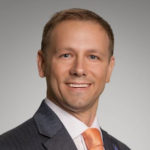 Jason Ford is set to join the Frisco Economic Development Corp. as vice president, effective May 28.

In his new role, Ford will focus on securing new corporate headquarters relocations for the city, as well as directing business retention and expansion programs for the City of Frisco.

He brings more than two decades of business and economic development experience at the regional, state, and local levels to his new position.

Previously, Ford served in economic development leadership roles in Houston and Taylor, Texas, and the state of Louisiana’s Economic Development agency and the Greater Austin Chamber of Commerce. 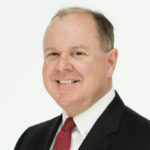 Signature is a global engineering and manufacturing company that produces and distributes premium composite mat solutions across multiple industries and event venues.

Sterritt joins Signature Systems from GAF, a leading roofing and waterproofing manufacturer, where he was senior vice president of commercial system sales. 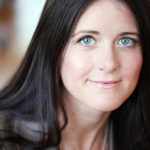 Kimberly Burke has been promoted to vice president of business development at Skanska USA in Irving.

Burke will continue to lead business development activities and will help lead sales and marketing efforts. Skanska said that she will be responsible for strategic growth and development via community relations, marketing, and sales efforts.

She joined Skanska in 2013 as senior director of business development in North Texas. 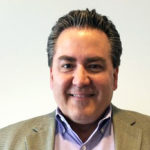 Lansing will help lead IT strategy and operations for the company’s transformative digital health, care management, and population health solutions. He will be responsible for furthering Medecision’s infrastructure strategy and supporting new platforms that help its customers succeed in value-based care models and within compliant beneficiary management contracts.

Before joining Medecision, Lansing was vice president of IT infrastructure and operations at a large healthcare technology, analytics, and engagement solutions provider. 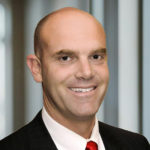 Together, the executives will be charged with driving growth within Premier’s current business lines and executing new growth initiatives. 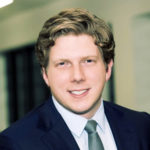 Noah Hunt has been selected to co-lead Zweig Group’s new office in downtown Dallas after being named director of mergers and acquisitions.

Zweig said that Hunt, who has been with the firm for three years, will champion the expansion of its full suite of products and comprehensive service offerings to the Dallas region.