InfoVision, a Richardson-based digital transformation and consulting firm, is spinning out its Digit7 business, which focuses on developing customizable and scalable digital solutions through “next-gen” technology, as an independent entity. It named Chithrai Mani as the CEO of its 50-person team.

Mani most recently served as the chief technology and innovation officer for InfoVision. In addition to co-founding A2i Technology Solutions, Mani has worked at Infosys, iLink Systems, and other companies. Mani is also a member of the CompTIA AI Board, the Forbes Technology Council, and the Dallas Regional Chamber.

An Irving-based energy firm has named a longtime leader as its new CEO. 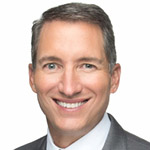 Vistra, a Fortune 275 company, announced naming Jim Burke as its new CEO starting this summer. He takes over for current CEO Curt Morgan, who has held the role since 2016.

Burke Joined Vistra in 2016, serving as the company’s president and CFO. Before that, he served as the top exec at TXU Energy and as the president and COO of Gexa Energy. In addition to his work at Vistra, Burke serves as a board member of the Nuclear Energy Institute, the United Way of Metropolitan Dallas, and the Ursuline Academy of Dallas. Vistra expects to fill the CFO role Burke leaves before the beginning of August.

“Vistra is my home, and I look forward to working with our extraordinary team to build on our successes and capitalize on the opportunities in front of us,” Burke said in a statement.

A more than 100-year-old local company has a new leader. 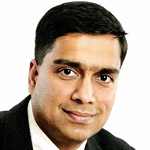 Dallas-based Lennox International, a climate control products provider, has tapped Alok Maskara as its new CEO starting in May. The company’s Lead Independent Director and board member Todd Teske will serve as interim CEO and become Lennox’s board chairman.

A former CEO for industrial advanced materials company Luxfor Group, Maskara takes over for Todd Bluedorn, who has led Lennox since 2007 and announced plans to retire last year.

“I’m eager to get started and to work as part of the Lennox team to build on its strong foundation, advance the company’s leadership position, and drive long-term growth and profitability,” Maskara said in a statement.

Frisco, a city that’s served as a testbed for a number of high-tech pilot projects, is looking to build out its innovation ecosystem.

The Frisco Economic Development Corporation has hired local entrepreneur Jasmin Brand to take on the newly created role of director of innovation, with a focus on driving technology and venture capital activity in the city.

Working alongside the city of Frisco’s Chief Innovation Officer Jason Cooley, the EDC said Brand will be responsible for attracting tech-focused businesses and jobs to the city, with the aim of making Frisco a “major national hub” for venture capital and innovation.

Before joining the Frisco EDC, Brand was responsible for launching a number of ventures, most of which are focused on marketing, media, and networking. An executive board member of Southern Methodist University’s Dedman College of Humanities and Sciences, Brand most recently founded Her Texas, a networking platform for female professionals in the Lone Star state.

A Dallas nonprofit is looking to help girls become the innovators of the future with an expanded lineup of programs and new leaders at the helm.

She takes over from previous Executive Director Wanda Gass, who’s staying on with the organization as a development manager and helping with the nonprofit’s fundraising efforts. In addition to her previous role as the executive director of High Tech High Heels in Dallas, Gass’ career includes being the engineer who developed the first commercially viable digital signal processor during her more than 30 years with Texas Instruments.

Joining Design Connect Create as its new director of operations is Danielle Moore, a former science teacher at Dallas ISD and physics curriculum specialist at Fort Worth ISD. 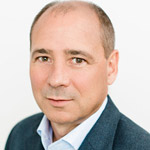 After serving as the company’s chief technology officer for around two decades, Bill Swift will become its new CEO. Before joining Brierley, Swift served as an enterprise architect for Concept Five Technologies.

Swift takes over the role from Kats Murakami, who is joining Brierley’s parent company Nomura Research Institute, a Japan-based economic research and consulting firm. Murakami served as Brierly’s president and CEO since 2018, after holding the role of chief operations officer. 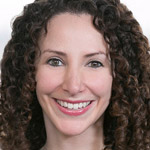 After naming a new CEO earlier this year, the company has hired Amanda Bohne as its chief marketing officer and Steve Martin as its new chief technology officer. Bohne joins the Harver from a similar role at AppNeta, while Martin previously served as CTO for Monotype. 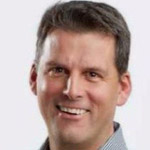 In January, Harver named Scott Landers, who held the top position at Monotype, as its new CEO and chairman, replacing former CEO Greg Moran, who now serves as a Harver board member and managing partner at Evergreen Mountain Equity Partners.

The company changed its name from Outmatch following its acquisition of Amsterdam-based Harver last year.

The restaurant chain known for its all-you-can-eat pizza buffet has a new exec.

Coppell-based Cicis has brought on Stephanie Hoppe as its new CMO, with a focus on building the brand’s digital infrastructure. Hoppe has held a number of top marketing positions at recognizable names like 7-Eleven, Red Robin, LYFE Kitchen, and Bar Louie. 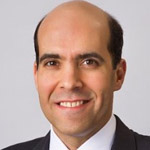 Taking over the position is Nelson Urdaneta, the former senior VP and treasurer at global snack food brand Mondelēz International. Before that, Urdaneta served as the director of financial planning and analysis at Ryder Systems.

The move comes as current CFO Maria Henry announced plans to retire. According to Crunchbase, Henry has held the CFO position at Kimberly-Clark since 2015. The company said Henry plans to stay on with the company in an advisory role until the beginning of September. 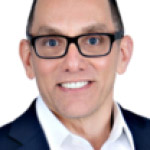 A Dallas-based business advisory firm has a new head of human resources. Riveron, which focuses on things like accounting, finance, tech, and operations, has tapped Gene Raffone as its new chief human resources officer. Raffone spent more than two decades with Accenture, eventually becoming the HR director for its global health care business, before holding C-suite HR positions at Navigant and Russell Investments. 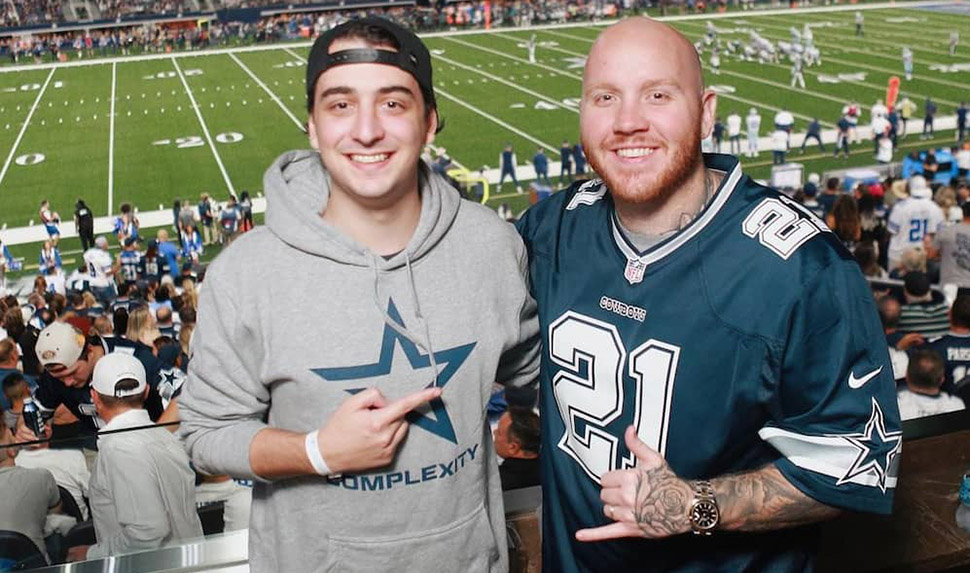 Dennis “Cloakzy” Lepore, left, will make his debut as a Complexity creator during TimTheTatman’s Tailgate on July 16-17 at The Star in Frisco. [Courtesy photo]

The company, which was acquired by Canadian firm GameSquare in deal that saw Complexity stakeholders take a 47% stake in in GameSquare, announced Dennis ‘Cloakzy’ Lepore as its new official content creator and part owner. As part of the move, Lepore will host events, produce content, create merchandise, and collaborate on “unique experiences” with Complexity players.

Complexity was acquired by GameSquare last June in a $27 million all-stock deal. 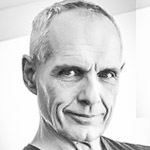 Vaxxinity, a Dallas-based synthetic peptide vaccine platform that debuted on the Nasdaq last year in a $85 million IPO, announced its executive VP of research and development Dr. Peter Powchik is retiring from the role to join the company’s board. Powchik was the former executive VP of R&D at Ireland-based United Neuroscience, which combined with COVID-19 vaccine-focused C19 Corp. last March in a deal valued at about $1.35 billion. Before joining United, Powchik was the head of clinical development at Regeneron Pharmaceuticals. 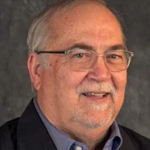 Terry McCullar, the executive director of the Mesquite Chamber of Commerce is retiring at the end of April.

Prior to leading the chamber for nearly 25 years, McCullar was the VP and director of the Mesquite Convention and Visitors Bureau. In his time with the city, McCullar has overseen the production of events like Mesquite’s Balloon festival, Summer Fest, and Rodeo Parade. 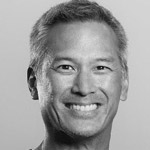 After moving its HQ to the Dallas area from New York City last year, point-of-sale payments platform Katapult has now announced hiring Jay Diamonon as its new VP of strategic partnerships and Eric Harmon as its VP of strategy and corporate development. Collectively, the two will oversee retail partnerships and strategic priorities to help fuel Katapult’s growth. Diamonon is the former head of B2B sales at Flywire and director of market development at BBVA. Harmon is a venture capitalist, who most recently served as an executive director for UBS. 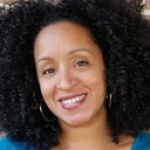 SKU, a consumer packaged goods-focused accelerator, has named some new leaders, after bringing its Austin-based program to North Texas in 2020. The organization, created by lawyer Shari Wynne Ressler and Deep Eddy Vodka founder Clayton Christopher, has named its former COO Emily Kealey as its managing director. Kealey previously served as a member of SKU partner organization DFW CPG’s event committee and is the previous CMO of Austin’s Notley. DFW CPG ambassador Kathy Guzmán Galloway is also taking on the role of curriculum director and master teacher at SKU’s local branch. Her experience includes a stint as Plano-based Frito Lay’s brand management in America.

Taking over the role of managing director for the Southlake-based global strategic communications advisory firm TrailRunner International’s DFW office is Heather Wilson. Before joining the company, Wilson served as a senior consultant for Big Valley Marketing. The announcement comes a month after the company named Jim Hughes as its CEO. Hughes joined the company in 2016 as its managing director. He previously served as a senior VP and head of media relations at Citizens Financial Group.

The former executive director of the Millennium Park Foundation in Chicago—Dr. Scott Stewart—has been tapped as the new executive director of the planned community park slated for Frisco’s HALL Park. Stewart’s past experience includes work at Lurie Garden in Chicago and the Oak Park Conservancy. The 5.7 acre park at HALL is set to open next year and will be operated by the Communities Foundation of Texas.