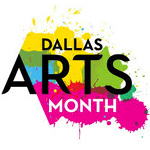 In the fifth annual Creative Conversation, artists and architects delved into how a piece of art can transcend into defining the built environment and the processes that go into placemaking.

“The city is a dynamic place. It’s an artistic expression of the people living within it,” Dallas Mayor Mike Rawlings told attendees at the Dallas City Performance Hall Monday night.

He said Dallas has seen its urban core transform in the last decade from just a place to do business to an area to work, live, and play.

“The city is a dynamic place. It’s an artistic expression of the people living within it.”
MIKE RAWLINGS

This week in Washington, D.C., Rawlings will receive the Joseph P. Riley Jr. Award for Leadership in Urban Design, an honor given by the American Architectural Foundation and the United States Conference of Mayors.

“I think it’s an award for all of us. For all the things that we have accomplished,” Rawlings said.

The mayor started Creative Conversation in 2013 as Dallas Arts Week’s signature event. It was designed to spur discussion on “how to become a more creative city,” he said. Past talks have centered on music, painting, and women and art.

This year, as part of the expanded Dallas Arts Month, Anne Bothwell, vice president of arts at KERA, moderated a discussion focused on the intersection of art and architecture. 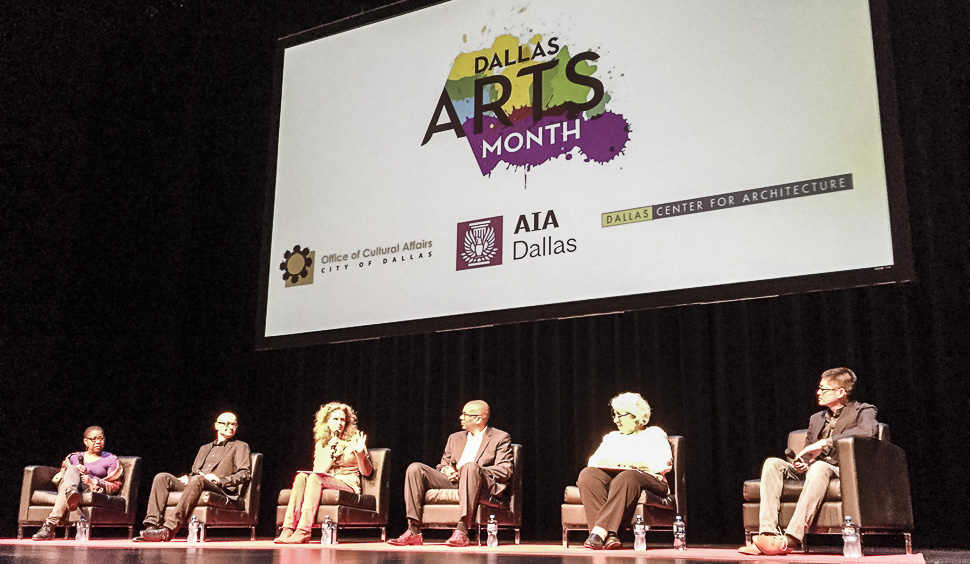 Hans Butzer, director and co-founder of Butzer Architects and Urbanism and dean of the University of Oklahoma College of Architecture;

Darren James, president and COO of KAI Texas, a design and build firm;

Viola Delgado, an artist and curator, whose works have been exhibited all over the world and locally at the Dallas Museum of Art, Dallas Fort Worth International Airport, and Latino Cultural Center;

Bang Dang, founding partner of design firm FAR + DANG and adjunct professor at the University of Texas at Arlington’s School of Architecture.

Below are some takeaways from the event. These answers have been edited for brevity and clarity.

How do you get from a blank piece of paper to a building or a piece of public art? What inspires you? What’s your process like?

Blayton: For me, I don’t have two pieces, as you can see, that are alike, but the people are very similar in that they’re always very eager to get involved. They’re always very community-oriented. … I try to pick people from all over the metroplex. My process is pretty methodical, just 1,2, 3.

Delgado: I’m always creating things because I look at things more like lines and shapes. I’ll be driving down the road and see lines and shapes, and you can do the same because there are tons of buildings downtown you can look at. That’s how I start.

“…how do you make something super, ultra-efficient and give people what they want, but there’s still a scale to it that is not overwhelming? That’s where our focus is at the very beginning.”
Bang Dang

Dang: The big thing about a firm is, we try to do things as small as possible. That really brings the context in line because how do you make something super, ultra-efficient and give people what they want, but there’s still a scale to it that is not overwhelming? That’s where our focus is at the very beginning.

James: You’re a culmination of all your life experiences. So, what you do [when you’re staring at a blank paper] is you try to impart things that you’ve learned and experienced when you’ve toured spaces.

Butzer: Torrey and I, we work in terms of typographies. … That means the literal ground movement of the earth, but it’s also cultural forces, climate. There are so many factors involved. There are financial forces, too. We gather all these typographies and start to weave through which ones we think may make more sense based on this voice from the community.

What elevates a park, plaza, a mural, or a building to a place? What makes it significant in that way?

Delgado: I like to work in neighborhoods and most of the time when you work in neighborhoods the people get very involved and that’s the part that I like. If you work with children in doing the mural, they learn so much from making that mural. They learn how to create, they learn how to execute, and finish a project. And really we are going through the same things as public artists. We are going through the same steps that they are learning. I think even if you’re doing a mural or a sculpture, it’s the same thing. It’s what that community has, as far as history, and most of them will tell you what they want.

“There’s a sense of awe and discovery when you come into a space and it takes you to a place emotionally that’s different from when you were across the street.”
Darren James

James: I think placemaking is a part of the transformation. There’s a sense of awe and discovery when you come into a space and it takes you to a place emotionally that’s different from when you were across the street.  As soon as you walk in, you know you are in a different space and that emotional connection is so deep and profound that as soon as you leave that space you’re going to want to go back …

Butzer: Most importantly it’s knowing that you’ve tapped into not only these typographies, but also the people to create something you feel confident about, and something people will latch on to tomorrow.

Blayton: What really makes a place is a variety of aesthetic impulses coming together equally and wanting the same thing. It’s not all about one thing or another. It can’t be all about art. It has to be a variety that speaks to the entire community both past, present, and future.

What is the one thing that the city of Dallas should be doing to ensure that all of what we are doing is going to result in great placemaking, great architecture, and great public art?

James: I think it’s the void space. It’s the space in between the buildings that connect all of the places that architects and artists create. It’s the transition and it’s the pedestrian flow. We need to make sure that there’s some human scale to what’s going on in the city. … There needs to be conscience thought about how do I get from building A to building B and what’s the transition between those two.

“Get people involved, get people invested. They will love the work and protect it.”
Anitra Blayton

Butzer: Anything you can do to get more people, especially those who doubt they can have a voice. That’s the biggest challenge. To sincerely put the time aside, put an investment, and create an infrastructure that allows those people who probably have benefited the least over the last 10, 20, 50 years. How do you get them to the table? That’s the biggest challenge. That’s how you create a city that is for all.

Blayton: Get people involved, get people invested. They will love the work and protect it. It’s about education.

Dang: As a city gets older and gets more culturally diverse [we need to make sure] that more people are accessible to all the different venues. … In some ways, the one good thing about us loving our cars is that you could get to different villages really easily. [The neighborhoods] had a very unique quality like the Cedars, like Oak Cliff. As we are quickly developing that, I hope the uniqueness of those places still remain.