A $321,000 grant is helping Dr. Tasneem Sharma use her patent-pending device to study a condition affecting astronauts returning from outer space. Her startup could help the rest of us, too.

Whether you’re an astronaut, a zookeeper, or anything in between, good vision is important to your life and your work.

A patent-pending device developed by a research scientist at the University of North Texas Health Science Center in Fort Worth could benefit the eye health of everyone. Its developer, Tasneem Sharma, recently received a $321,000 grant for the device, called the translaminar autonomous system, or TAS, to study an eye condition that affects astronauts. 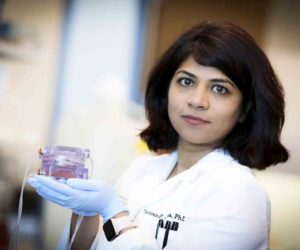 Sharma, 35, also is working to launch a yet-to-be-named startup that maximizes the device’s commercial potential by being a part of the accelerator program at TechFW, the Fort Worth-based nonprofit that helps entrepreneurs launch and grow emerging tech companies.

The grant came from a NASA-affiliated consortium, the Translational Research Institute for Space Health, or TRISH, to study how the device could enhance the understanding of a condition called Spaceflight Associated Neuro-Ocular Syndrome (SANS) that occurs in astronauts when they return to earth from space flights..

Using 80 human donor eyes, Sharma is studying the condition that is characterized by swelling in the optic nerve head, and that also can lead to flattening of the back of the eye, vascular changes, and decreased near vision in astronauts. TRISH is leading the national effort to develop space flight mitigation strategies for humans by translating innovative, cutting edge terrestrial biomedical research and technologies.

Most astronauts experience mild vision loss, but their sight usually returns to normal. Sometimes the condition persists, and there also is concern about the effects of long-term space flights and the risk of blindness.

Simulating the effects of outer space on the eye

Sharma said there are neurons within the eye, and that when they are damaged while exiting the eye, there is a decrease in visual acuity—either near- or farsightedness. In space, astronauts face microgravity, or no gravity, and when there is no counterforce to the forces on the eye because of the lack of gravity, changes can occur that affect vision.

“I got awarded the grant to characterize human eyes that I can get post mortem in my system, and basically mimic or simulate the conditions that we see in space,” Sharma told Dallas Innovates.

The device has applications in eye health for the general population because it gives Sharma the opportunity to test therapies for various eye conditions.

Sharma said that one of her primary focuses as a researcher is glaucoma, an eye disease in which the optic nerve is usually damaged by high fluid pressure in the eye, and the device affords her the opportunity to research that disease, too.

“I can use my models to test retinal therapeutics and I can do gene therapy,” Sharma says. “I can even do transplantation studies.”

“This would be a little niche that we can fit ourselves into preclinically before a drug even gets to the clinical stage.”
Dr. Tasneem Sharma

That flexibility makes her device an ideal foundation for a medtech startup that could help therapeutic drugs get to market, an expensive proposition in a nearly a $3 billion industry.

“This would be a little niche that we can fit ourselves into preclinically before a drug even gets to the clinical stage,” Sharma says. “Most of the drugs are driven by different dosing because you could have a dose that is really effective in animals, and not effective in humans at all.”

“We test different things so it gives us an ability to take a thousand drug compounds, and maybe make it into 250 drug compounds or even less—what works, what doesn’t work in human tissue,” she says.

The accelerator experience also is broadening how Sharma thinks: “I’m thinking like a scientist when I come from the lab because I am a scientist.”

But being in the accelerator has caused her to revamp her whole ideology and to think about the right ways to do business.

“What is your problem statement?” Sharma said. “When you’re going towards investors now I think, what does an investor want to hear, not want to scientists wants to hear.” 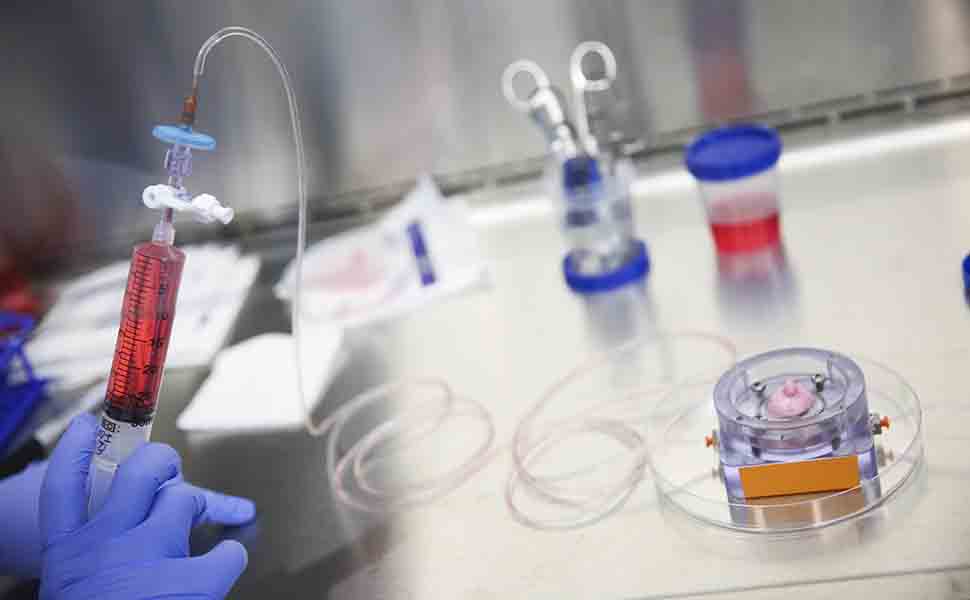 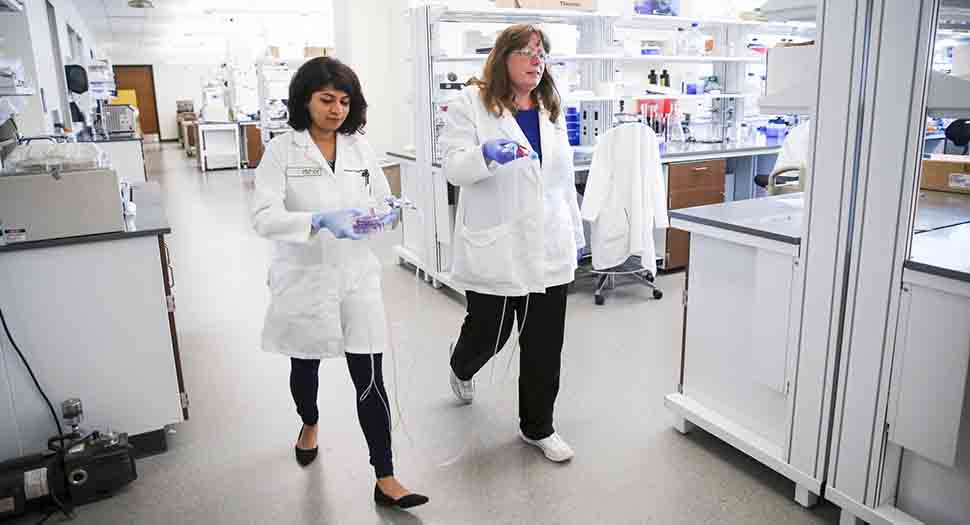