Last October, as part of a larger commitment to showing its support for racial equity across the country, Google for Startups awarded 76 Black-led startups up to $100,000 in non-dilutive funding. Four from North Texas—CourMed, Kanarys, ShearShare Inc, and Zirtue—were among the inaugural recipients, who all received hands-on support from Google for Startups, and didn’t have to give up any company ownership in exchange for the money.

Amidst a tumultuous year, the capital helped keep their doors open, paid employees, and backed expansions.

About a year later, Google for Startups has announced its second cohort of entrepreneurs—and North Texas-area companies again made the cut.

With a second $5 million investment in the U.S. Black Founders Fund, Google for Startups has selected 50 Black founders as recipients of the $100K non-dilutive capital. Locally, that includes Fêtefully, Safer Management, and XR Sports Group.

Google for Startups first launched its Black Founders Fund last June in response to the statistic that less than one percent of venture capital funding goes to Black founders in the U.S. They’re out there building great companies, but are often locked out of access to critical funding.

For the Black Founders Fund, Google said that it chose the most promising Black founders from across the country, all who are “building incredible startups” that “solve tough problems.”

In addition to cash with no string attached, founders get the best of Google’s technical resources, people, and best practices. That includes as much $120,000 in donated search ads from Google.org and up to $100,000 in Google Cloud credits. Last year, founders who received awards went on to raise more than $50M in capital, according to Google, and 80 percent of recipients used the funding to create jobs.

It’s part of Google for Startup’s larger mission to level the playing field in the startup ecosystem and provide underrepresented founders with access to opportunities. “Because,” Google says, “when startups succeed, we all succeed.”

The Black Founders Fund was a piece of Google’s $175 million investment toward economic opportunity for Black business owners, founders, job seekers, and developers.

The inaugural Google for Startups Accelerator: Black Founders, a virtual three-month program, was also announced at the time. Dallas-based Kanarys and ShearShare were part of the inaugural group of 10 startups chosen to participate in a three-month digital accelerator program that bolstered high potential seed to Series A tech startups.

“The Google for Startups Black Founders Fund embodies our mission of helping underrepresented founders grow their businesses. We are excited to continue the fund and contribute funding to Black founders, with no strings attached,” Jewel Burks Solomon, head of Google for Startups US, said in a statement. “We heard loud and clear from the 2020 fund recipients that Google for Startups and Goodie Nation have been crucial to their success not only through funding, but through community, mentorship, network connections and technical expertise.”

Advisors at Goodie Nation, a 501(c)(3) charitable organization that aims to close the gap for entrepreneurs, will be working with founders to discuss business pain points, offer introductions to customers and investors, and provide therapy sessions and forums to support recipients emotionally and professionally.

Dallas-based Fêtefully is a virtual wedding and event-planning studio that works to offer accessible professional planning services to all couples. By automating and streamlining the planning process, Founder GiGi McDowell hopes to save couples 80 percent on planning costs, while giving planners and small businesses a way to generate revenue in their off time.

The generation of Fêtefully comes from McDowell’s belief that “everyone deserves a stress-free wedding planning experience.” She offers memberships on her site, which includes services like advice, guidance, and day-of coordination.

Fêtefully is additionally in the Google for Startups Black Founders Accelerator.

“The Google for Startups Black Founders Fund will allow Fêtefully to capitalize on recent momentum as everyone becomes more comfortable performing face-to-face tasks & affairs virtually,” McDowell said. “The support will be used to hire new team members, dive deeper in our current markets, and expedite product development to serve our growing waitlist.” 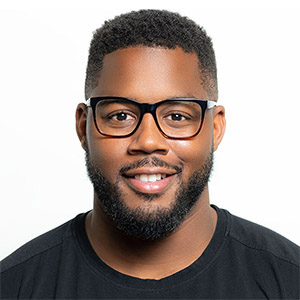 Safer Management is a Dallas-based platform that uses facial recognition and thermal body scanning to streamline health and safety procedures for public schools, universities and other organizations.

The platform digitally tracks attendance, viruses, and incident reporting—allowing parents to avoid the clunky healthcare screening processes that Founder Fred Burns had experienced with his twin sons at summer camp. Six months after launch, Safer is now used by 55 schools, colleges, and universities.

Burns previously participated in a six-month Google for Startups program, and plans to use the fresh capital to grow.

“The Google for Startups Black Founders Fund resources would help enable us to get to the next level,” Burns said. “This support from Google for Startups comes at a critical time and will be used to help Safer Management develop new educational technologies using machine learning and artificial intelligence. I hope to learn some of the best practices used by companies like Google that have allowed its operations to scale.” 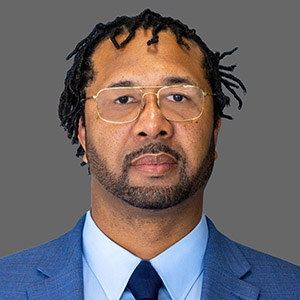 The social competitions and video games built by XR Sports Group allow these entities to have a more complete view of their audiences.

Founder Kedreon Cole came up with the idea after leading gaming and esports for a local investment firm and realizing that connecting consumer brands to digital media properties was tedious on both ends. He aims to give influencers first party data that’s distributed across social media.

“The Google for Startups Black Founders Fund will accelerate the deployment of our personalized social media platforms for influencers to address the whitespace (ownership) in the creator economy for many underrepresented creators,” Cole said. “The support will be used to implement our go to market plan as we shift from a private beta to public beta launch of our games based digital platform and welcome a broader number of influencers currently on the waitlist.”