Co-founded by Cesar Millan and two IoT-pioneering brothers, the startup sells the Halo Collar—a dog collar that stores up to 20 GPS wireless smart fences, with dog-training tech built in. Founded in 2018, the company has raised around $25 million to date, mostly through this latest Series B.

According to Millan, "This funding will accelerate our mission of no more lost dogs, while at the same time, allow more dogs to follow, play, and explore every day."

One in three pets will be lost during their lifetime, according to the American Humane Association. Halo co-founder Ken Ehrman knows that all too well. In 2017 his young niece’s dog Ruby escaped from an “invisible fence” and got run over by a car. That day, Ehrman decided to start a company that could make dogs safer everywhere.

Today his Plano-based startup, Halo, announced the completion of its Series B funding round, which provided the majority of the $25 million raised since its 2018 launch—giving the company a $400 million valuation. The raise was led by “prominent new investing partners with several existing investors,” according to the company. Some 50,000 dog owners across the U.S. currently use Halo’s smart dog collar.

Ken Ehrman and his brother Michael Ehrman are both engineers with degrees from Stanford. Before founding Halo, they already had lots of experience in IoT tracking technology through I.D. Systems—a provider of wireless systems for managing industrial vehicle fleets.

Now known as PowerFleet, I.D. was founded by Ken, who went on to own over 40 patents related to his company’s tech. Hs brother Michael spent 24 years as CTO of the company, and has launched over 100 IoT products in use on more than half a million industrial and commercial vehicles worldwide.

But dogs aren’t vehicles. They feel things—the urge to romp and play. The panic of being lost on scary streets. The comfort of knowing their boundaries—and having territory all their own. 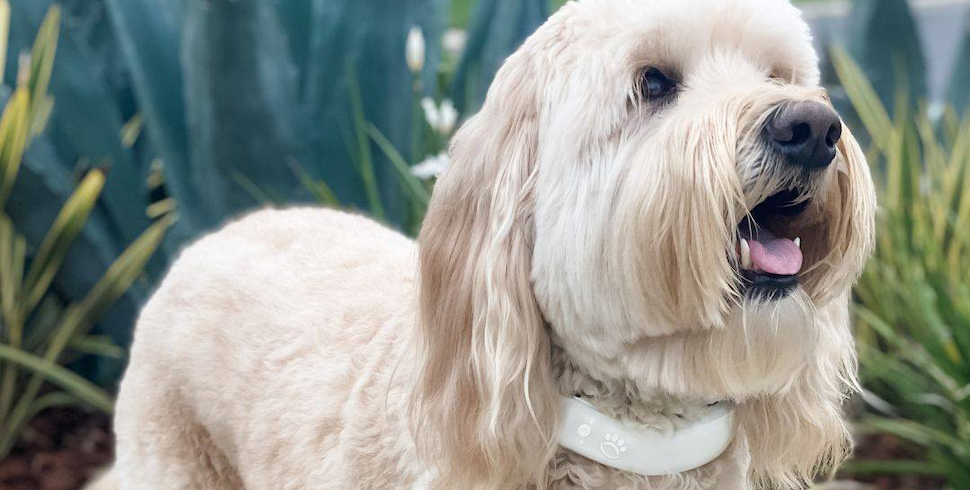 A dog that knows its boundaries. [Photo: Halo]

When Ken’s niece lost her dog to that passing car “It was a tragedy that I knew I had the experience to solve,” Ken Ehrman says in a company video.

But first the brothers needed someone who could put dog psychology at the heart of their smart collar.

“I knew I needed Cesar Millan,” Ken Ehrman says about the famed “Dog Whisperer” from the Nat Geo TV series. “In order to make a technology work for dogs, you need to really understand dogs. So right at the beginning, Cesar and I got together. I explained to him the concept of the technology, how it allows dogs to live a safe life off leash. And that was his vision—that dogs need a life off leash.”

“So when he heard about Halo Collar, it was really a match made in heaven,” Ehrman adds in the video. “You had the technology genius of my brother, you had the dog genius of Cesar Millan, and I was just trying to put together the pieces.”

Giving a dog both freedom and safety is a core Cesar Millan vision.

“Birds need to fly, fish need to swim, and dogs need a safe life off leash,” Millan said in a statement, noting that the Series B funding “will accelerate our mission of no more lost dogs, while at the same time, allow more dogs to follow, play, and explore every day.” 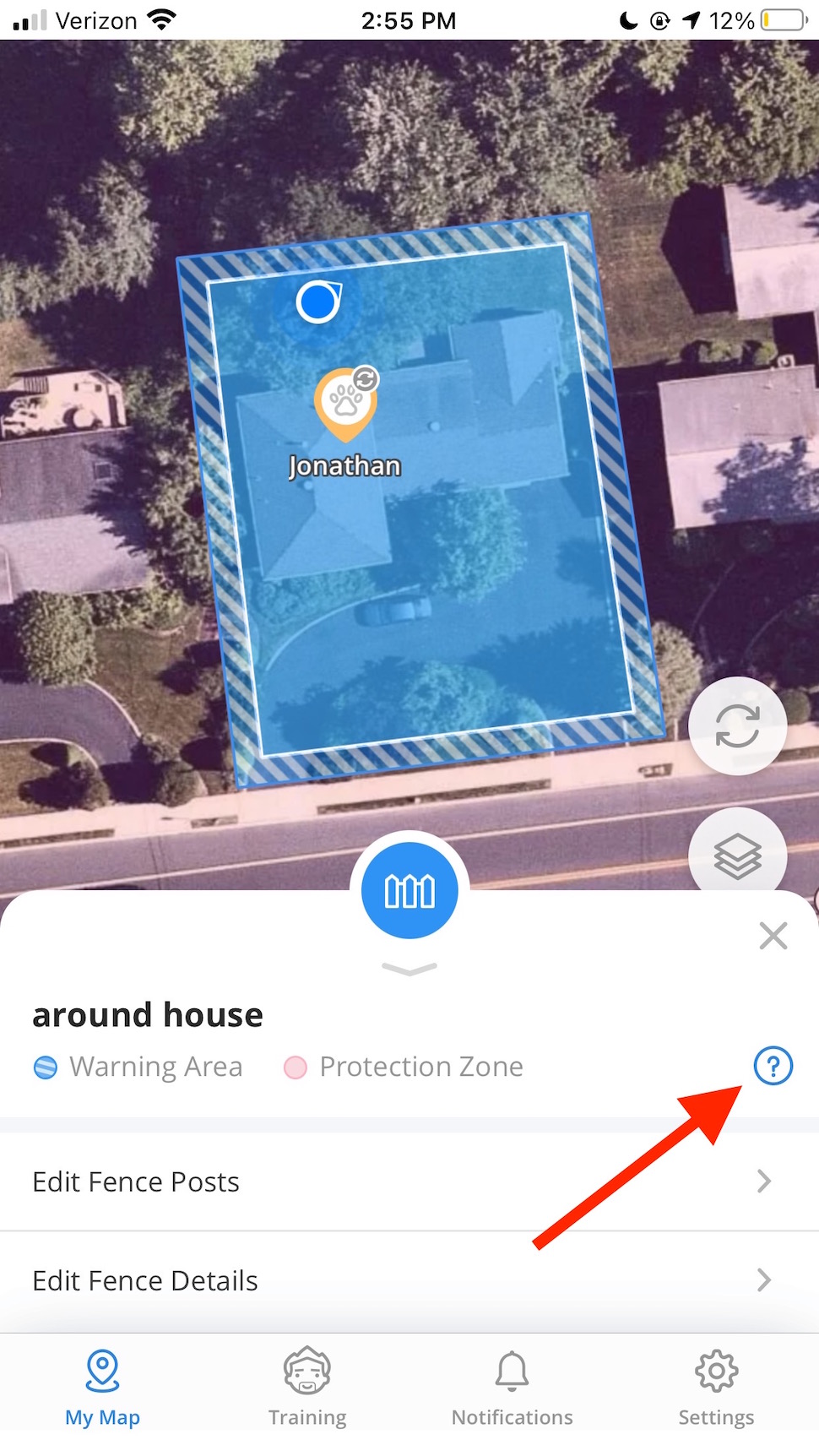 An ‘invisible fence’ created by GPS tracking, not buried cables

Unlike standard invisible fences that require perimeter cables to be buried underground, the Halo Collar creates a GPS-enabled area where it’s safe for your dog to romp. That allows you to “take” your fence anywhere, storing up to 20 different GPS-mapped “fences” for any locations you may visit.

When a dog strays beyond the GPS boundary, the collar gives it “prevention feedback” that lets it know to turn back. The feedback can be customized as a sound warning like a beep, a vibration warning, or, when necessary, “static feedback” that gives the dog a sudden very light shock, much like you get when you grab a doorknob after rubbing your feet on a carpet.

When the dog stops or turns around, the collar deploys “encouragement feedback” to let the pooch know they did a good job.

“It’s a technology that not only gives you a fence you can take with you anywhere, but also gives you a way to communicate with your dog, train your dog, [and] learn Cesar’s techniques on how to have the best experience with your dog.” Ken Ehrman says in the video. 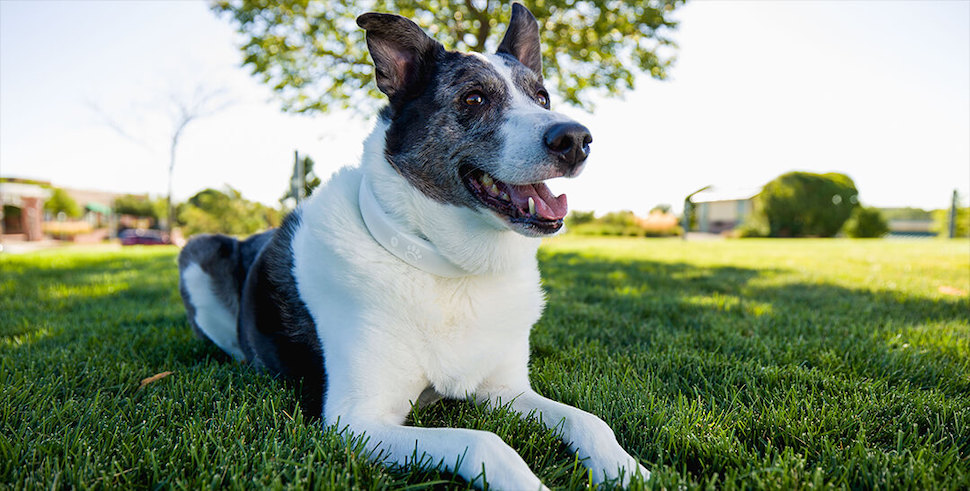 To use the Halo collar, owners download the Halo app, find their location on the map, and use their fingertips to “draw” the points of their desired GPS fence. That information is automatically downloaded to the collar, creating a working fence.

The collar’s dog training capabilities allow it to be used without fences too.

“I take my dog hiking,” Ken Ehrman says in the video. “I’ve trained her on the ‘whistle.’ If there’s another set of hikers coming down with their dog and they’re being pulled on the leash and my dog’s off leash, I hit the whistle button. No matter what she’s doing—even if she saw a deer—she stops, she turns, and she comes to me.”

Please fence me in: Some 50,000 customers use the Halo Collar nationwide. [Image: Halo]

Ken Ehrman is a big believer in Millan’s positivity training philosophy, and he and his brother Michael have imbued that in the Halo Collar.

“Dogs are great at associating sounds with what you want to do,” he adds. “They always want to please you. So you don’t have to train through fear. You can train through positivity. That’s what Cesar does. It comes down to ‘beep’ means fence, and ‘whistle’ means come back. And if you do it for 21 days, it’ll be a lifetime of safety and off leash that you can never recreate.”

The company says it will use the Series B funding to improve wireless performance and expand its infrastructure, with a plan to service millions of “pack members” worldwide. The funding will also support expansion of the company’s membership plan and enhancement of its customer service network.