Kanna’s Home Base is Dallas, But It’s Growing Outside the State

The managed marketplace for gigs in cannabis helps legal businesses connect with hourly help. But cannabis isn't legal in Dallas. So its co-founders are finding other ways to work toward becoming an "evangelist" for all workers in the industry. 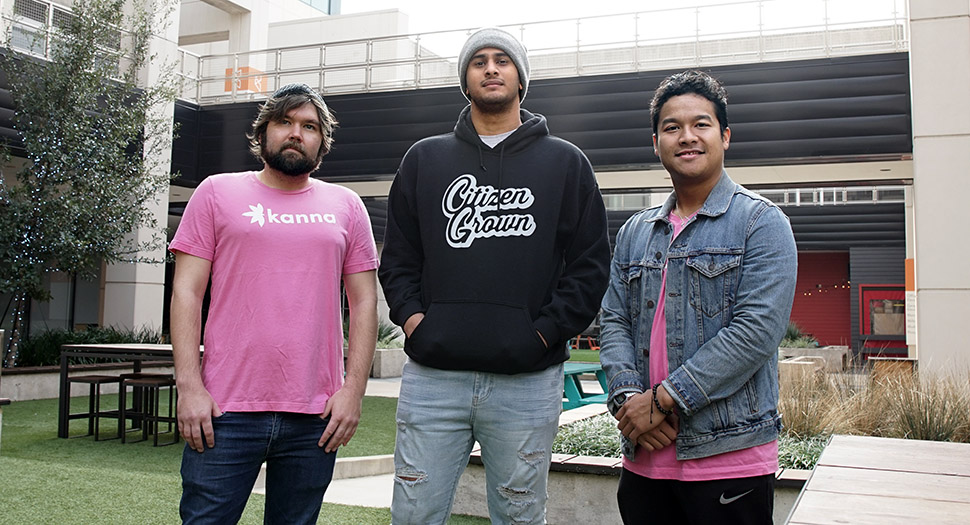 Kanna, a cannabis industry company, is a fresh face in the Dallas startup scene.

Founded in June 2019 by CEO Farhaj Mayan, along with Bradley Faught, Vu Francois, Ziljian Aguirre, and Alexa Silvers, its business model is vetting, training, and certifying cannabis workers for licensed farms and dispensaries. It also provides cannabis business owners with its HRIS and payroll software for hiring and managing employee relationships.

Running a cannabis managed marketplace out of Dallas seems a bit counterintuitive though, right? The legal status of cannabis in Texas can currently be described as “barely legal.” But Mayan and his team are still consistently building their business, already making waves in the region and beyond.

In its first six months, Kanna has received $25,000 in no-equity grants through UT Arlington’s Maverick Entrepreneurship Program and has graduated from OKC Thunder Launchpad’s Stitchcrew accelerator, the MassChallenge Texas 2019 Cohort, and DivInc cohort 5. In November, it was one of three North Texas companies to become part of Capital Factory’s VIP Accelerator and also becoming one of three finalists from the Dallas SoGal Pitch competition.

And, it is already closing a seed round with help from its participation in Capital Factory’s accelerator program.

“Capital Factory’s investor relations team has been instrumental in helping us with our seed raise,” Mayan told Dallas Innovates. “Their community is also very supportive, and the mentor network has been very influential in helping us go from zero-to-one so quickly, gain significant traction, and grow the team.” 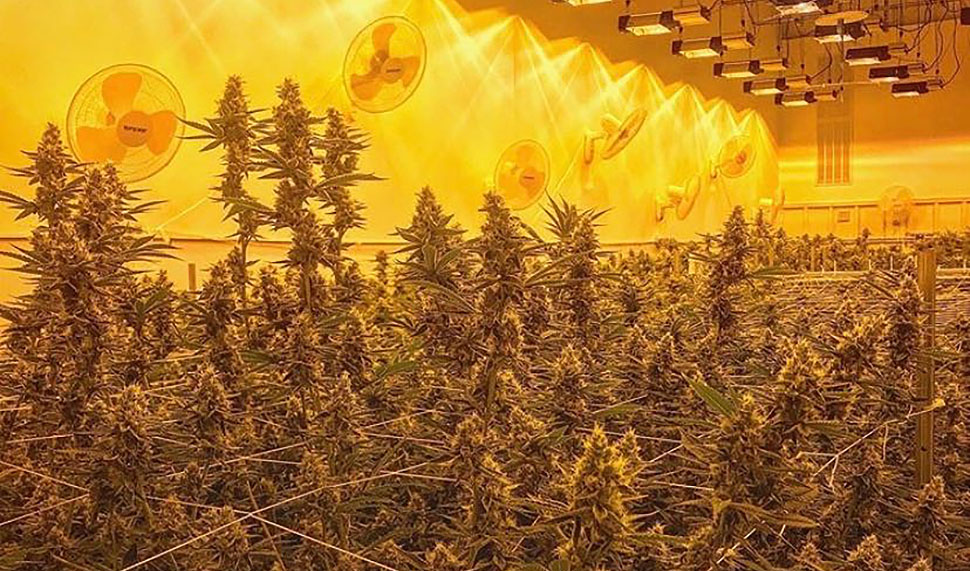 Since nearby Oklahoma has legal cannabis, the team is already running paid pilots with nine farms and 102 qualified workers on its platform who have earned more than $17,000 to date via jobs scheduled on Kanna. Mayan said Kanna is officially launching its beta in March with plans to add 65 additional farms to its sales pipeline while growing to 1,500 workers in Oklahoma City, Tulsa, and South Oklahoma.

It ain’t easy being green

Legal issues around cannabis—it remains fully illegal at the federal level—create businesses challenges above and beyond whether or not core business exists where the company is located.

“Banking is a huge challenge to cannabis companies,” Mayan says. “Even though we’re an ancillary platform that doesn’t touch the plant, the KYC (Know Your Customer) process and just having the word ‘Kanna’ in our corporate entity has made life pretty difficult.”

The startup has been denied bank accounts over 30 times, five pulled by the bank after approval, and another time that Mayan describes as “mid-wire.” Since those early roadblocks, Kanna has found an “incredible partner” who will be able to offer banking solutions to its farms and serve the company.

Banks, which have been leery of the industry mostly because of its federal illegality and uncertainty around how federal regulators might view or handle relationships with cannabis companies, aren’t the only issue, though.

“A ton of investors also have vice clauses in their funds that prevent them from investing in cannabis, gambling, esports and sex-tech companies. Sometimes it’s a part of the fund’s thesis or a trickle-down clause from their LP,” Mayan says. “I totally understand it. Something to keep in mind for founders looking to raise institutional capital for their ‘vice’ startups: We’ve been fortunate enough to be supported by Chris and Erika Lucas and the StitchCrew accelerators community in Oklahoma to help us navigate through these problems and find the right stakeholders to help us build and gain early traction with Kanna while being compliant with the state regs.”

Kanna is actively working to ensure the cannabis industry is available to everyone, not just a group of folks who are taking advantage of “social equity” programs in cannabis states such as California, Colorado, and Oregon. He says many of those same people lobbied for, and helped enforce, prohibition on cannabis and are now taking advantage of the “green rush” in hopes of a quick cash out.

“We’re proactively finding and training workers who were disenfranchised or from low income communities to help them take advantage of jobs in the cannabis space. I’m excited to learn more on how we can do that at scale as we start to gain significant traction,” Mayan says.

Currently, in Oklahoma, 30 percent of the workers placed through Kanna are ex-convicts and unemployed veterans. And, many of the previously incarcerated people disenfranchised because of the previously illegal status of cannabis in the state.

“Since the war on drugs, cannabis has systematically disenfranchised families and communities across the U.S.,” Mayan says. “One thing’s for sure, people of color—black and brown families—were the ones who were primarily affected by this prohibition. I view the cannabis economy as an opportunity to provide reparations to those who had been previously affected, whether it’s through startup grants or equal/incentivized economic opportunities.”

Mayan points to Oklahoma’s policy of requiring the majority of a cannabis license owner—which is the relatively low cost of under $5,000—to be a state resident. And, there’s an Illinois law allowing for the expungement of marijuana-related criminal records and the establishment of a fund for restoration grants to aid people “disproportionately impacted” by the war on drugs.

Making the choice to ‘go green’

Mayan says before Kanna, he worked with co-founder Brad Faught on Fade, a barber booking marketplace startup in the North Texas area. Co-founder Vu Francois was working on a video sharing marketplace, Craterland. Both of these startups wound down due to market and capital attrition when at the same time they received a call from co-founder (and longtime friend of Faugt) Ziljian Aguirre about trimming the harvest on his newly opened cannabis farm.

The three Dallas area team members drove to Caddo, Oklahoma, and over the weekend learned the basics of the industry. They also heard a pitch from Aguirre about building Kanna to solve the challenge of finding trustworthy and trained workers. 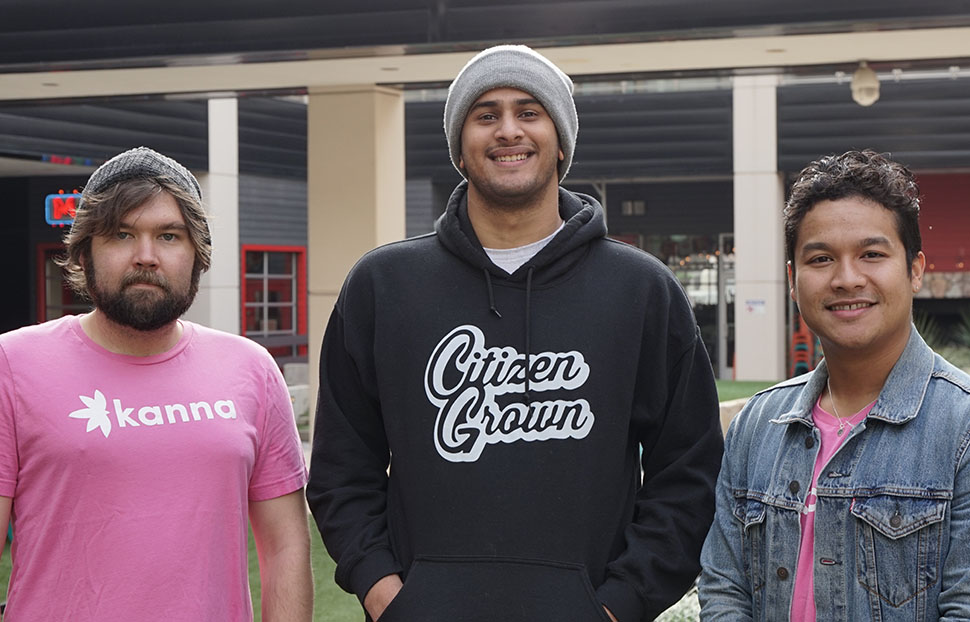 The Kanna team works out of The Centrum in Oak Lawn. [Photo: Courtesy Kanna]

Mayan sees the company goals as tied to the people on its platform, with an upward trajectory for high-performing, diligent workers who can build careers rather than find gigs through creating credible digital portfolios.

“For example, an entry level trimmer who works for a couple of months could use our L&D platform to gain the skills and certifications required to qualify for a job as part time grow help,” he says. “Eventually, they can keep using education and real time compensated work experience to graduate through different roles and become a full-time grower who’s earning six figures in under five years. That’s real change and we’ve already seen some of our workers graduate out of their roles and find full time jobs.”

Over the longer-term, Mayan sees Kanna vertically integrating across the life-cycle of working in cannabis within the next ten years. The goal is to offer a reliable and compliant starter kit to small- to medium-sized cannabis businesses across the U.S.

“We plan to be an evangelist for all of our workers within our ecosystem. A people optimization platform for the cannabis industry,” he says.

Right now, Mayan believes there’s a void in qualified workers for upper level roles at farms and dispensaries as the industry grows, and bias can tend to create “misinformed hires.”

“With Kanna, we plan to make relationship management effortless for both the employers and workers,” he says. “Eventually, [we will] become an all-in-one dashboard to manage your numerous native apps from compliance software to HR, payroll and benefits.”