A UNT professor researches how society has dealt with postpartum depression 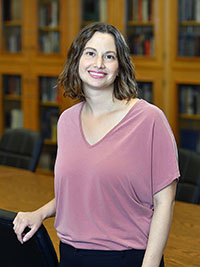 Many women face postpartum depression after giving birth, and an assistant professor in the Department of History at the University of North Texas is looking at how society has defined and diagnosed that.

A $161,619 grant from the National Science Foundation is funding the work of Rachel Louise Moran, who, while pregnant with her first child, was met with depression questionnaires at the obstetrician’s office, in the hospital, and by her son’s pediatrician.

“I thought they were probably a good thing, but as a historian concerned with the ways we monitor women’s health I also was curious about where they came from and what it all meant,” Moran said. Investigating archives, Moran—a historian of health, medicine, and modern U.S. politics—found letters from women in the 1940s who were concerned that federal pamphlets on child care ignored women’s mental health.

“These women were saying that government advice needed to include information about strong, potentially dangerous postpartum emotions,” she said. “I thought of postpartum depression as a contemporary disease; something we’ve only studied and taken seriously in the last 40 years. The letters confirmed there was so much more history there.”

Her project, “A History of the Definition and Diagnosis of Postpartum Depression as a Disease,” allows Moran to look at how postpartum depression was talked about by a variety of groups between 1950-2000 from medical and religious spheres, in politics, and in popular rhetoric.

Psychology researchers at the University of Texas at Dallas are looking into the mental toll of passive social media use and how it can lead to negative feelings and a fear of missing out, or “FOMO.”

Those feeling may be the result of people using social media to see edited, heavily curated photos and idealized depictions of other people’s lives.

Kaitlyn Burnell, a psychological sciences doctoral student in the School of Behavioral and Brain Sciences, and a postdoctoral research associate, Justin Vollett, are conducting the study published in the journal Cyberpsychology: Journal of Psychosocial Research on Cyberspace. The researchers analyzed the established link between lurking (the passive use of social platforms) and depression in college-age students.

“When a person is drawn to social media, they first browse other people’s content. That process can evoke comparisons between themselves and those people,” Burnell said. “Our results suggest that this can yield a fear of missing out—the feeling that others are having more rewarding experiences. That, in turn, is related to depressive symptoms and indicators of poor well-being.”

Their research is part of the Blackberry Project, a multiyear study funded by the National Institutes of Health that’s looking at how engaging in and being the victim of social and physical aggression is related to the development of aggressive behavior among adolescents.

Burnell said there’s a difference between active social media use, uploading content and initiating direct interactions with others, and passive use, the browsing of feeds without any kind of social exchange.

A mechanical engineering professor at the University of Texas at Arlington is working on developing a way to more accurately measure temperatures on hypersonic flight systems in extreme conditions, which could produce temperatures in the thousands of degrees Fahrenheit. 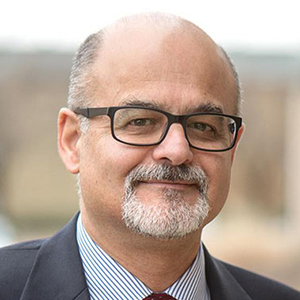 The professor, Panos Shiakolos, believes a new manufacturing technology can withstand such high temperatures and produce sensors to take readings.

UTA said Shiakolos is using a Small Business Innovation Research grant from the Department of Defense to explore ceramic and other non-metallic materials to fabricate novel advanced temperature and heat flux sensors.

He’s working with another UTA professior in aerospace engineering, Luca Maddalena, who is an expert in hypersonic aerothermodynamics and director of the Aerodynamics Research Center.

Maddalena recently brought a new arc-jet heated hypersonic wind tunnel online that is the only one of its kind at a university in the U.S. Find out more about the research here.