Dallas-Based Bike.com Goes Live With Its Own Line of E-Bikes

The new startup, led by founder and CEO Dave Duecker, is launching with two versions of its own Denago comfort e-bikes. But it aims to expand its models and offerings and be a one-stop shop for a "vast array" of direct-to-consumer bikes.

Bike.com, a Dallas-based online marketplace that aims to eventually be a one-stop-shop for a “vast array” of bikes, has gone live with its own e-bike model for sale.

The marketplace is launching with its own line of Denago e-bikes (above) as it seeks to tap into a growing nationwide infrastructure of bike networks, trails, and dedicated lanes. That trend is peaking in Dallas with The Loop, which is slated to be a 50-mile urban hike and bike trail once its final sections are complete.

The Denago is offered in City Model 1.0 step-through and top-tube versions, with a 500-watt hub motor enabling a pedal-assisted top speed of 28 MPH and a throttle-only top speed of 20 MPH. Each version has a 652.8Wh battery, which Bike.com says offers a maximum range of up to 45 miles.

The Denago comfort e-bikes will be followed by “more models, styles, and brands” due to hit the market later this year, the startup says. 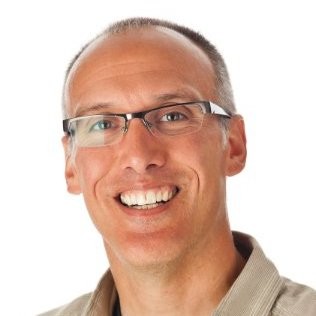 “We’re launching with the Denago brand first to ensure we’re delivering a great experience to our consumers,” Bike.com founder and CEO Dave Duecker told Dallas Innovates. “Our long-term goal is to offer multiple brands of bikes and accessories that will provide our Bike.com customers a great choice of products. We love all bikes; both electric and non-electric, but electric bikes are our initial focus.”

Duecker relocated to Dallas to helm Bike.com after previously spending 13 years at Madison, Wisconsin-based Pacific Cycle, most recently as VP of product. He says his Bike.com team has “over 100 years collectively in the bike industry” and features “a small team of experts who all share a passion for electric bikes.”

“As we grow, we’ll be building out all areas of the organization that enable Bike.com to be a leader in the industry while providing a best-in-class shopping experience,” Duecker said.

Funded by ‘a few silent investors’

“We are very fortunate to have a few silent investors supporting the startup who have been with us since the beginning,” Duecker said.

The founder said Dallas was chosen for Bike.com’s home base for a few key attributes.

“Dallas is a great city, with incredibly welcoming people who have a solid work ethic. Plus, as a DTC (direct-to-consumer) company, we’re able to ship to the majority of U.S. customers in a few days,” he said. “Ultimately, we felt Dallas was the ideal city to build the Bike.com HQ.”

The startup is currently working out of a temporary office in the VentureX building on Alpha Drive, as it explores the Dallas area for its permanent headquarters.

Duecker said the Denago e-bike is being launched on Bike.com, but it will also be available to resellers “who are looking for a new electric bike brand with a great customer experience team supporting the brand.”

“Denago e-bikes hit that sweet spot for consumer adoption, with their user-friendliness, quality design, and [$1,499] price point,” he added.