As the VCs search for five more startups, they believe co-investing will triple their fund's holdings to $45 million.

Blake Wiley calls Dallas a “hard asset city” focused on banking, energy, and real estate. But when he and Grant Christopher invest, they prefer something soft. Or sweet. Or crunchy. Something you can sink your teeth into or enjoy as a satisfying sip.

After all, real estate may tumble and oil and gas may tank—but you always gotta eat.

“When you look at industries, the lion’s share of revenue actually goes to consumer packaged goods,” Wiley told Dallas Innovates. “Everybody has to eat and drink every day.”

When they launched their new fund, Wiley and Christopher started doing their homework. They reviewed over 300 companies before choosing their fund’s three first investments, which include:

“It’s not a branded product on shelves,” Wiley notes. “We’ve been looking for a way to enter into the cloud kitchen concept. Our take was the one location-one restaurant-one concept-one kitchen model was kind of flawed. You go into some quick-serve restaurants, and there are empty tables everywhere. This is more of a cloud kitchen: it’s heavily delivery and takeout, with very little dine-in. They have a shared kitchen in the back. From one point of sale, everyone can get what they want.”

Wiley says there are currently plans for an Epic Kitchens expansion into Texas, most likely starting in Austin. 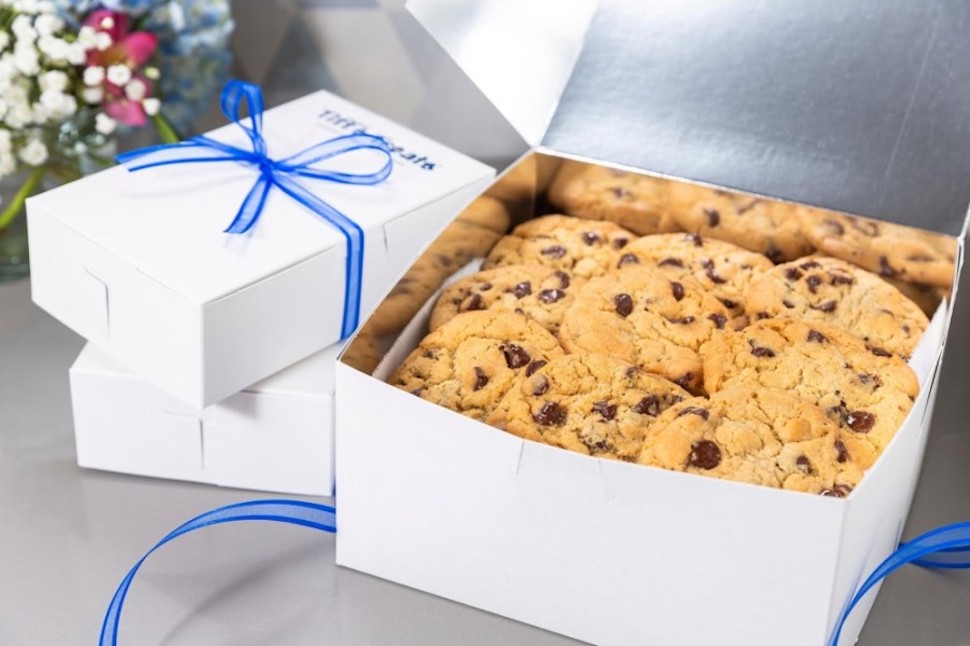 Tiff’s Treats, the Austin-based cookie delivery company they’d both invested in earlier, is the fund’s second investment. “Outside of the cookies and brownies tasting delicious. we really loved the fact that they owned the entire process,” Christopher said.

“From getting online and ordering all the way until you’re opening up that warm box of freshly made cookies, they own the entire process, and they’re the only dessert delivery company out there that does,” he added.

The two investors were also attracted to the”heavy tech component” that drives Tiff’s Treats’ platform. They noted that Tiff’s Treats was one of the few brick-and-mortar companies to benefit during the pandemic.

A California-based plant-based supplements company is the third company the Access Opportunity Fund is investing in. Wiley and Christopher haven’t revealed details about that company yet, including its name.

Aiming to invest in five more companies over two years

The two investors plan to identify and invest in five more early-stage CPG companies over the next two years, raising additional co-investing as required. Wiley says they’re looking for “market-validated product with a minimum of $1 million in annual revenue.”

“We don’t put ourselves in a corner on what types of opportunities we look at.”

Their ideal target would be a top-performing company in an emerging or high-growth category—or a highly innovative product that’s disrupting a mature category. It would either be profitable or have a line-of-sight to profitability, with high gross margins.

Wiley and Christopher plan to write checks from $500,000 to $20 million. (Since the fund is launching with $15 million, any $20 million checks would require a co-invest.)

Looking for “learners, not knowers”

In a session viewable on YouTube, Wiley spoke with noted Dallas real estate broker Rogers Healy about his theories on investing through his firm Access Capital Partners, which is a separate entity from the Access Opportunity Fund. Wiley told us some of the things he discussed with Healy hold true to his and Christopher’s new CPG fund as well.

“One that Clayton [Christopher, Grant Christopher’s brother] actually taught me was, ‘Invest in learners, not knowers.’ You can really tell that person apart during the pitch, because that person kind of downgrades your question or kind of acts like your question isn’t important and they always have the answer. Or—they have a little more of an open mind. So learners versus knowers is a big one.”

“The playbook for these emerging brands used to be to grow revenue at any rate, and you hope that you [annoy] General Mills enough that they acquire you,” Wiley told us. “Large companies like Campbell’s and Coke and General Mills—innovation is very, very expensive for them to do. They turn that research and development money budget into mergers and acquisitions.”

“For a long time, what would happen is you would grow your revenue, but you weren’t too worried about profitability, because you could always raise a little more capital,” he added. “Then they would jump in with a big number and it would be a big, splashy exit.”

But new opportunities have cropped up recently.

“In the last two years we’ve seen SPACs emerge,” Wiley said. “We’ve seen the public markets take interest with the success of the Oatly’s, the Beyond Meats, and the superfoods-type companies. We’re seeing larger private equity consortiums where there may be three different private equity groups that collaborate on a bid to acquire a company.”

“And so, whereas it used to just be one path to monetization or exit, we’re now seeing several of those emerge.”

A track record of CPG success and $150M under management

Wiley and Christopher met nine years ago when they both invested in Deep Eddy Vodka. [Image: Deep Eddy]

Wiley and Christopher met nine years ago when they both invested in Austin-based Deep Eddy vodka. (Christopher’s brother, Clayton Christopher, is a co-founder of Deep Eddy. A serial entrepreneur in the CPG space, Clayton also founded Sweet Leaf Tea before selling it to Nestle Waters North America in 2011).

“We got connected through mutual friends down in Austin with our investment in Deep Eddy,” Christopher told us. The two investors found they had a lot in common, including a shared attraction to the same disruptive companies—Wiley often through his firm Access Capital Partners, and Christopher through various special purpose vehicles.

For the next several years, they would both separately invest in the same CPG companies—including Austin Eastciders, Waterloo Sparkling Water, Tiff’s Treats, and Nutrabolt, which makes an energy drink called C4.

Like Deep Eddy, all four of those companies are based in Austin. Wiley and Christopher also both invested in Charlotte, N.C.-based One Brands, maker of the One Bar, and hims & hers, a San Francisco-based telehealth company that sells prescription and over-the-counter drugs online. 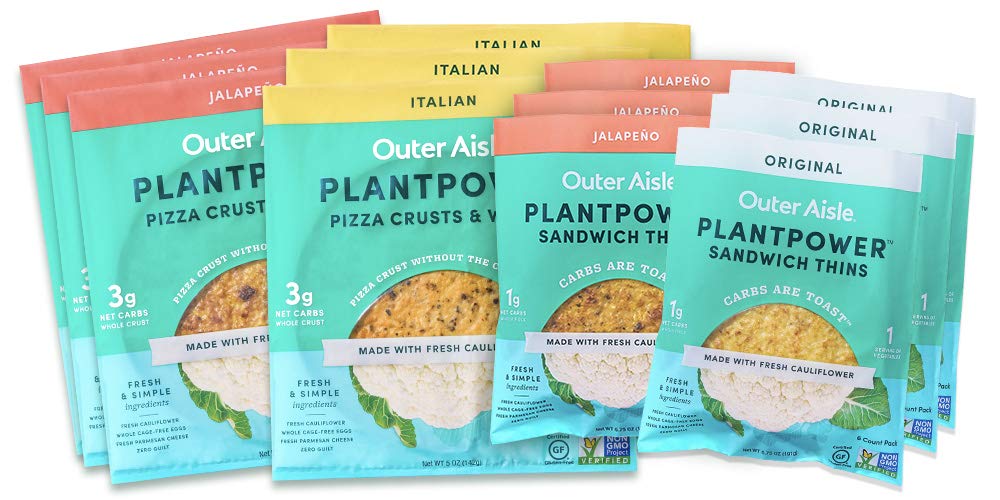 Altogether, the two VCs now have over $150 million in assets under management.

Partnering for their new CPG fund

With their paths aligning so often, the two VCs decided to partner up on their new Dallas-based CPG fund, Access Opportunity Fund 1.

“We looked at it and said there’s a lot of crossover here on deal flow,” Christopher recalls. “There’s not a lot of crossover on LPs and investor networks. So let’s just combine them and put together a fund that focuses on the CPG industry. It just makes it a little bit more efficient and investor-friendly.”

Investors in their CPG fund, which closed last spring, included “a combination of Dallas-Fort Worth high-net-worth individuals and family offices,” Christopher said.

Another driver that helped spur the new fund was how Americans reacted to the pandemic. Wiley saw “demand destruction in several asset classes,” with oil dropping to -$37 a barrel and work-from-home battering commercial real estate.

But one thing has skyrocketed during the pandemic—spending on the basic needs of eating and drinking.

“We saw ‘pantry loading’ at the grocery stores—excessive buying,” Wiley told us. “We saw about $9 billion a quarter being redirected from restaurants into grocery store aisles, which is where most of our [portfolio] products are sold. We think consumer is a massive category. And as a whole, there aren’t as many competing dollars in the space.”

Could a Dallas company be one of their investment targets?

“Consumer is starting to grow here,” Christopher said of the sector’s presence in Dallas. “The category is within DFW, but it’s still really underserved.”

“We would love to back a Dallas-based company and team,” Wiley added, “and there are several incredible ones well on their way to the mountaintop. But there are several factors that go into these decisions other than location.”

Still, the two partners believe Dallas is showing growing momentum as a CPG-focused city, and they’re doing their best to spur that forward.

Working in Dallas with SKU, DFW CPG, and Venture Dallas

To help support CPG founders in Dallas, the two partners got involved last year with SKU, an accelerator program focused on CPG companies.

“We were both mentors to entrepreneurs in SKU’s inaugural DFW Track,” Wiley said. Dallas Innovates wrote about the accelerator’s launch last year.

SKU typically has over 100 brands apply to be involved in each track, Wiley explained. After a selection process, six companies are chosen to complete an accelerator program. Mentor teams work with each company to assist them in every aspect of their business: packaging, brand positioning, channel strategy, finance, operations, fundraising, scaling, etc.

The two investors have also been involved in other trade organizations benefiting the CPG industry in Dallas, including Venture Dallas and DFW CPG.

“Our intent is to be at the forefront of bringing the most compelling CPG opportunities to the Dallas investing community,” Wiley said. “Over time, this will provide a path for more entrepreneurs to have the confidence to launch their brands and companies in Dallas, knowing that capital providers in Dallas have a deep understanding of their industry, on par with investors in Austin, Chicago, Los Angeles, and New York.”

‘A beacon for North Texas’

Christopher believes there’s a lot of support available in Dallas for CPG startups.

“We just hope that [our new fund] brings more awareness to the consumer industry within DFW,” he told us. “There are plenty of supporting strategics here—Keurig Dr Pepper, 7-Eleven are headquartered here. But I still think there’s plenty of room to grow from a more early stage standpoint.”

“When we raised the CPG fund we became somewhat of a beacon for North Texas,” Wiley adds. “A lot of people were happy that we existed and started sharing consumer opportunities with us, some that maybe they saw previously, but just didn’t know how to evaluate. We feel like it’s created awareness and dynamics for the industry in North Texas.”

CPG is collaborative: ‘Everybody in the industry shares’

One last thing Wiley and Christopher like about CPG is its vibe—which is a lot less cutthroat than other industries.