You'll also find out about a study that shows empathy and understanding from a healthcare provider can improve outcomes with chronic pain patients in this roundup of research and development activity in North Texas.

How a gecko may hold the key to evolutionary question

The answer to the “queen of problems in evolutionary biology” may be held inside of a tiny gecko.

A graduate student at The University of Texas at Arlington hopes his research in evolutionary biology will unlock that answer, aided by a prestigious National Science Foundation grant. 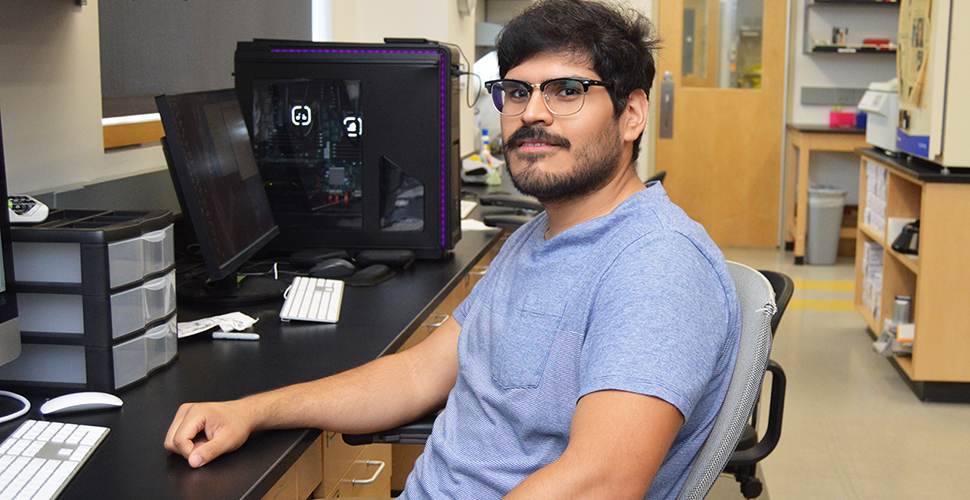 Jose Maldonado of the University of Texas at Arlington [Photo: Courtesy UTA]

The GRF award will support Maldonado’s dissertation research concerning why sexual rather than asexual reproduction evolved as the dominant form.

While asexual populations grow at a faster rate, giving them a demographic advantage, those populations can accumulate harmful mutations. Such mutations are normally removed from populations with sexual reproduction.

“As these mutations accumulate, they reduce the organism’s fitness and eventually lead to the extinction of asexual lineages,” Maldonado said in a statement.

Maldonado will use an asexual gecko species Lepidodactylus lugubris, also called the mourning gecko, to test his theories.

“We are planning to resequence the whole genome of both asexual and sexual geckos from natural populations, then test which geckos have accumulated more mutations,” Maldonado said. Find out more here. 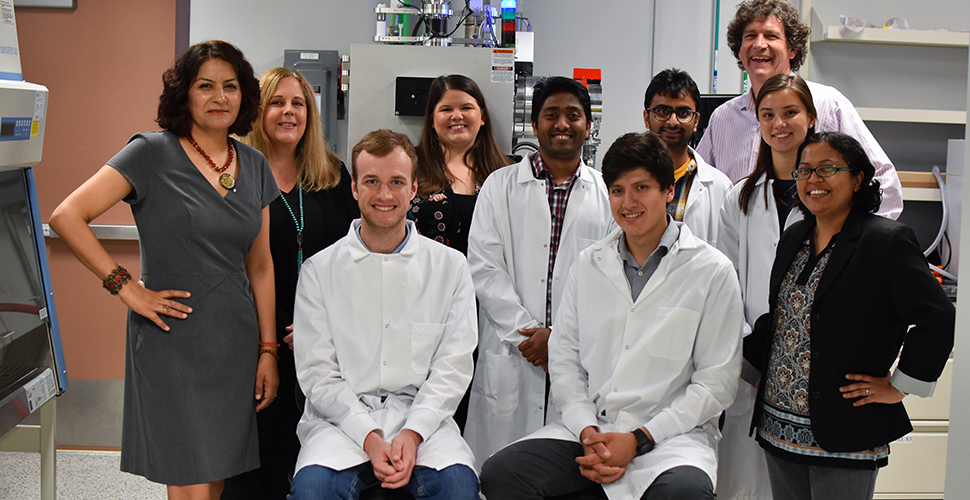 UNT College of Engineering gets $750K from Office of Naval Research

Educational and research initiatives in materials, manufacturing, and electronics at the University of North Texas College of Engineering are getting a boost over the next three years from a $750,000 award by the Office of Naval Research.

The initiative will feature the benefits of miniaturized systems like sensors and actuators, which are the central parts of micro-electro-mechanical systems and nanotechnology, particularly for radio frequency applications, according to a statement.

Additive manufacturing and microfabrication technology are expected to create flexible, light-weight sensors with nanomaterials. Some of these structures will also be utilized to transmit and receive radio frequency signals.

Anupama Kaul, the PACCAR endowed professor of engineering, is the principal investigator of the grant and works in the Department of Materials Science and Engineering and Department of Electrical Engineering.

“Under this grant, we will collaborate with our partners at NAVAIR, the Naval Research Labs and other Naval facilities, along with other faculty affiliated with UNT’s PACCAR Technology Institute,” Kaul said in a statement. “Together, we intend to provide an integrated education, training and research experience for undergraduate and graduate students including outreach initiatives to North Texas middle and high school students in STEM.”

Students involved in this program will be able to learn more about Naval STEM careers and develop interdisciplinary skills to help fill a national need for highly trained Navy engineers and scientists. 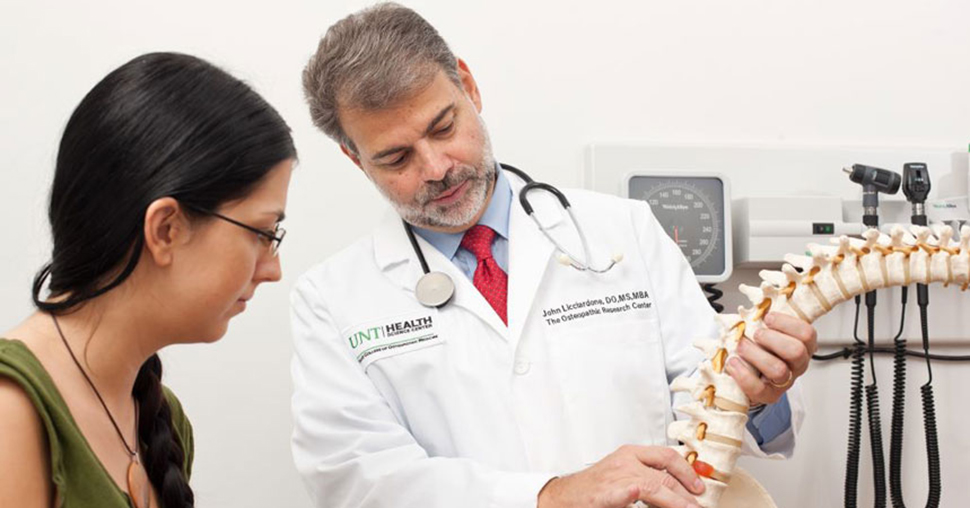 Conducted by the PRECISION Pain Research Registry and TCOM’s John Licciardone, the two-and-a-half year study bolstered the importance of empathy and better interpersonal manners when treating patients with chronic pain, according to a statement.

Monika Schmitt, a third-year TCOM student and PRECISION Clinical Research Fellow, helped write an article on the study that was published in The Journal of the American Osteopathic Association.

The study focuses on interpersonal manners, empathy, and communication style, and its results showed patients seeing osteopathic physicians had more favorable perceptions of their treatment, according to a statement.

Due to some foundational osteopathic beliefs including that the body is capable of self-regulation and self-healing, the study showed that osteopaths are less likely to prescribe opioids.

“Our results show that osteopathic physicians are less likely to prescribe opioids or nonsteroidal anti-inflammatory drugs for their patients with pain,” Licciardone said. “Thus, osteopathic philosophy and medical care is very consistent with current guidelines from the Centers for Disease Control and Prevention, which emphasize the importance of initiating chronic pain management with non-pharmacological treatments and avoiding opioids unless the benefits outweigh the risk for a patient.”