A few drops of blood. You've heard it before, but this Dallas-based startup wants you to know it really can produce results with only one drop of blood. And, it's open to tech evaluations.

From Ph.D. project to startup company, Nano Liquid Solutions, LLC offers blood testing services at healthcare facilities with a standalone device needing a single drop of blood to evaluate multiple blood components. Its initial customers are healthcare facilities and primary care doctors, but eventually, the company expects to expand into pharmacies and even gyms and senior living facilities.

Nano Liquid Solutions’ founder and CEO Ali Farzbod began his Ph.D. project at the University of Texas at Arlington designing an efficient wastewater monitoring device. During the second year of Farzbod’s program, Theranos—the notorious startup with near-miraculous claims about blood testing—made his radar as a potential application for his monitoring devices.

After discussing the potential with his academic supervisor Hyejin Moon, Farzbod made the pivot to change the scope of the monitoring devices to blood rather than wastewater. Part of the impetus behind his academic study was to build something that would positively impact lives. After looking into healthcare issues and the current state of blood testing models, Farzbod understood that his blood-testing device could create that positive impact.

Theranos might have inspired Farzbod to found Nano Liquid Solutions, but its story is a cautionary tale for startups with big claims as well as venture capital overreach. Theranos was founded in 2003 by 19-year-old Elizabeth Holmes and said it could test blood using tiny amounts rather than vialfuls of blood collected by syringe. It eventually reached a top valuation of $10 billion in 2014 before collapsing when its claims were shown to be false. The company eventually faced legal sanctions and fines.

Farzbod recognizes the challenge inherent in getting consumers to trust Nano Liquid, noting that the skepticism in the device is higher than usual because its claims are similar to what Theranos was touting, which has made fundraising tougher. He added one positive is Theranos proved there was an unmet market need given its high valuations when investors still believed in its tech.

“[Theranos] did make our fundraising much harder, but we know we can eventually find VCs who believe in our technology and vision,” Farzbod says. “We try to bring reasons with our technology and mention that we have published papers in peer-reviewed high impact factor journals, and we are very open to the evaluation of our technology.”

Nano Liquid won $25,000 in funding in the University of Texas at Arlington’s 2019 Maverick Entrepreneurship Program and Award this summer—one of five cash prize winners out of 50 companies. Farzbod said the win was a validation of Nano Liquid’s business model.

Possibly more important than the market validation, the tech beyond Nano Liquid also has validation in the form of a National Science Foundation award. The NSF award of more than $400,000 was given to Farzbod’s supervisor, Dr. Moon, who also serves as an advisor for Nano Liquid and funded Farzbod’s Ph.D. expenses while developing the core technology behind the startup’s diagnostic devices.

The award was given to fund the idea of developing an innovative microfluidic screening platform with functional components for various biochemical and analytical processes based on the electrowetting-on-dielectric (EWOD) digital microfluidic (DMF) principle.

Farzbod credits Moon for having the vision that microfluidics was a requirement for building smaller and more cable monitoring devices. UTA holds the patent behind the technology Farzbod created during his Ph.D. program, but Nano Liquid has the exclusive rights to that patent.

Testing blood with a single drop

Nano Liquid’s device uses a microfluidic platform, which utilizes surface tension rather than pressure. Because surface tension is the dominant force in micro- and nanoscales, small sample sizes—such as a single drop of blood—can be manipulated and transported.

Farzbod’s tech includes integrated electrochemical sensors that measure blood analytes with a minimum sample size, requiring only a drop of blood from the fingertip of patients and providing a result within 30 minutes. Currently, the platform tests for the basic metabolic panel (BMP), lipid panel, and mineral and vitamin panels.

Theranos aside, Nano Liquid still has competition, such as Abbott’s Piccolo Xpress and I-Stat. But, according to Farzbod, Nano Liquid has advantages such as the time between getting the blood sample and getting the analysis back is shorter than the competition, the entire process is automated, its core microfluidic tech will allow the company to expand its blood panel to 50 elements later on, and its fingertip-based sample acquisition model is more portable and easier to integrate with facilities such as pharmacies or senior-living residences.

“The most important advantage is that we are integrating a cloud-based data system into our devices for the patients to centralize all the blood data in their lifetime,” Farzbod says.

Nano Liquid’s initial goal is to provide and maintain its devices in healthcare facilities, pharmacies, and senior residential facilities and to charge by the number of tests, which are insurance and Medicare reimbursable.

“Based on our calculations, our revenue to cost ratio will be close to 60 percent two years after our product launch, and we will be profitable in two years after that,” Farzbod says.

Over the long-term, Nano Liquid plans on establishing a direct-to-patient subscription model, which it expects will provide patients with nutrition and medical suggestions based on trends in their blood test results over time.

“We believe the future of healthcare lies in data analysis, and we want to provide services that will provide accurate preventive strategies based on the blood data in a patient’s lifetime,” says Farzbod.

Nano Liquid Solutions was founded in 2016, but that move was taken in order to become eligible for federal grants and only became active after Farzbod’s Ph.D. graduation in May 2018. The startup is currently actively seeking seed investment as well as applying for SBIR (Small Business Innovation Research) grants from the NSF and National Institutes of Health (NIH). 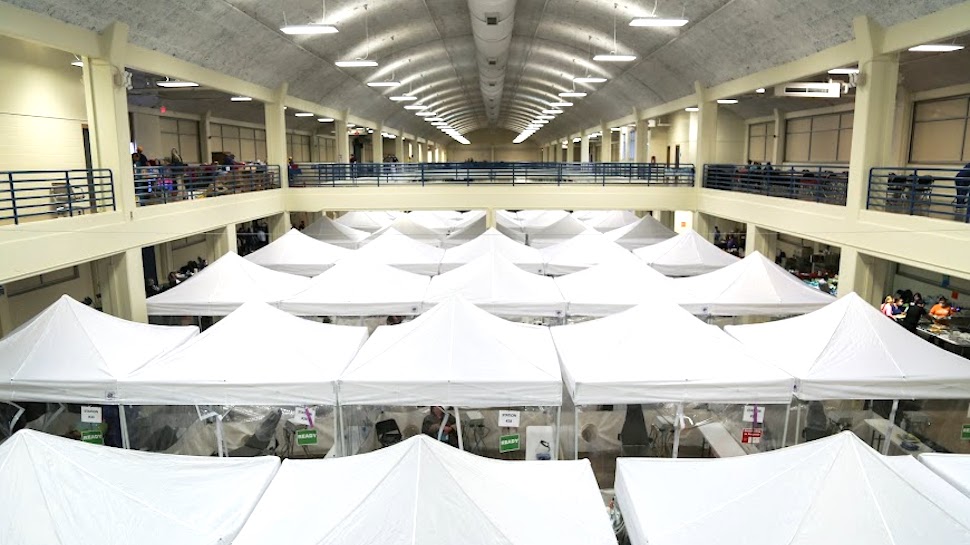 RAM, which is based in Tennessee, will hold a free, two-day clinic December 3-4 at the Kay Bailey Hutchison Convention Center, 650 S....

RAM, which is based in Tennessee, will hold a free, two-day clinic December 3-4 at the Kay Bailey Hutchison Convention Center, 650 S....