The mixed-use creative development in Oak Cliff was the brainchild of new urbanist pioneer Monte Anderson. As one tenant puts it: "I don’t know of anything like it in Dallas or really any other city.”

Three years in the making, Tyler Station—housed in the former Dixie Wax Paper Co. building—has settled into its new life in Oak Cliff, Its diverse roster of tenants are reaping the benefits. The mixed-use “collaborative village” is an eclectic home that brings together artisans, craftsmen, creatives, and entrepreneurs.

It’s a new kind of community—the brainchild of new urbanist pioneer Monte Anderson, who saw potential in the industrial building that was originally built in 1925. Anderson, whose transformations include the renovation of the Belmont Hotel, saw the old brick warehouse as a destination that could serve as a business incubator.

It’s come a long way since 2017, when more than 500 “genuinely curious” people got a firsthand look at the repurposed wax paper plant on Polk Street in the heart of Southern Dallas.

It’s a space for startups of every stripe with office space, light manufacturing, and retail, Anderson says, who’s also the president and owner of Options Real Estate and a managing partner of Tyler Station.

READ NEXT Look Inside: Tyler Station is now full to the brim with entrepreneurs. See what makes the collaborative village one-of-a-kind with our photo gallery.

Anderson says the greatest asset Tyler Station brings its tenants is a penchant for collision, fueled by humans’ most primal desires: shelter, social connection, and reproduction. And with Tyler Station now at full capacity, the odds of that collision are greater than ever.

The impact is already visible in the collaboration between a number of entrepreneurs based there.

Tenants like The TX Studio’s Doug Klembara attest to that: “I don’t know of anything like it in Dallas or really any other city.” It’s historic and architecturally inspiring, with a nod to Anderson’s “vision,” he notes. And, he says it’s the people who make it a place to be. 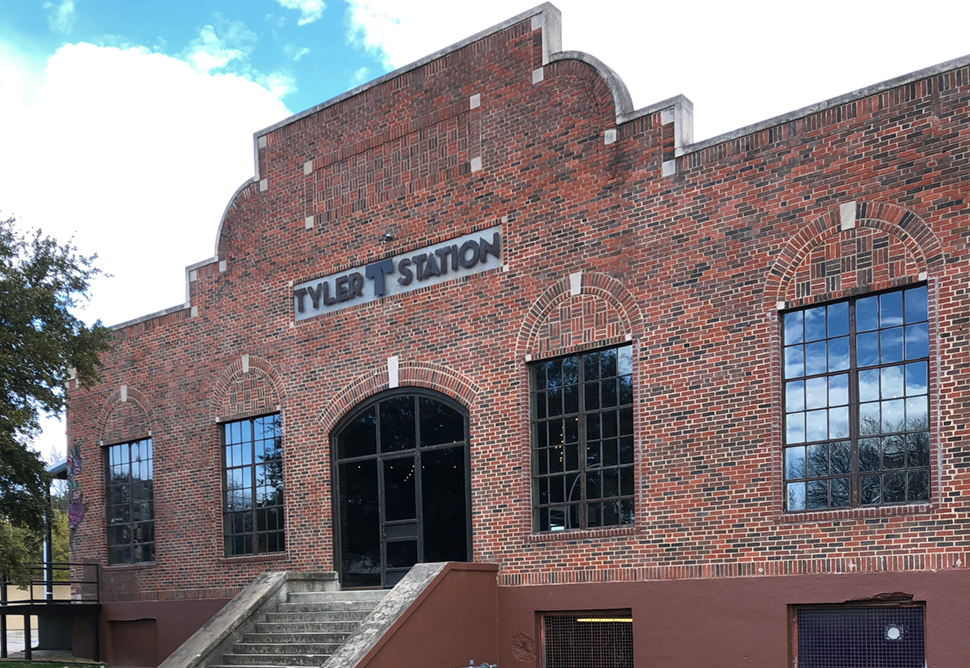 Anderson says he often passed by the building that’s now Tyler Station, but it wasn’t until five to eight years ago that he contacted the building’s owner—at first, just to help her sell it.

Anderson’s background in real estate has allowed him to help broker a number of leases for commercial tenants, budding entrepreneurs, and creative professionals. Despite his experience though, he says he had a hard time garnering interest, partly because the site was contaminated from years of manufacturing.

So, he and his partners teamed up and bought the old warehouse building in 2016, dedicating themselves to “turn it into something.”

Today, the 110,000-square-foot building spans two floors and is occupied by some 60 diverse businesses, ranging from a tattoo parlor to a Baptist church. But that’s part of its charm.

According to Anderson, Tyler Station “became this ball of momentum rolling down the hill.” The building’s popularity skyrocketed and began securing leases with aplomb.

As prospective tenants piled up, Anderson and his partners worked to create niche, outfitted spaces to meet the needs of each occupant. They adjusted the sizes, implemented running water, and enclosed certain areas. 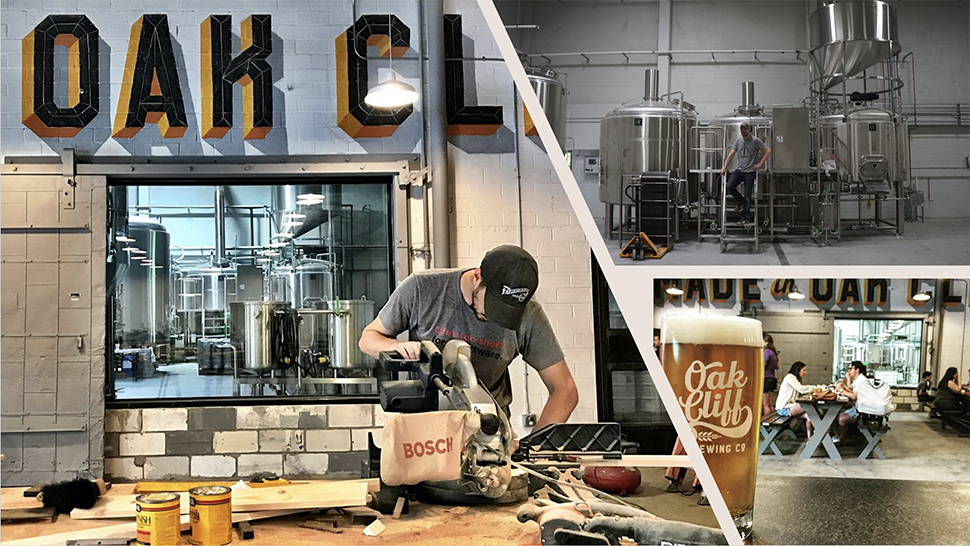 “We’re doing something that’s social and community-oriented,” he says. “At the same time, we’re capitalists, so we have to make money. I found if I shrink the space down small enough, I can get a high rate per square foot—which is what I need—and yet keep the dollars down for the occupants.”

A quick walk-through of Tyler Station reveals its secret to success: Enclosed office spaces that give occupants peace of mind without limiting communication.

Most of the square rooms are made from a combination of wood and metal fencing, allowing passersby to look inside or have a chat with a specific business owner. The walls of the grids were made by Stash Design, a firm specializing in repurposed and salvaged materials for interior and exterior design and decorative purposes. Stash Design was one of Tyler Station’s first tenants.

As a result of Tyler Station’s high ceilings and limited privacy, Anderson says it sometimes gets noisy and distracting. But that’s part of what makes it work.

Anderson is a helper at heart, and only when pressed did he admit he often invests his time and money in entrepreneurs he believes in, many of whom rent space from him at Tyler Station and other developments.

“I’m always trying to get the artists and the craftsmen to own real estate so they can build wealth and get a piece of the action,” he says.

For Anderson, investments are usually small, consisting of loaning someone a little money to get their business off the ground or making a down-payment on office space. Sometimes he doesn’t even collect interest on the loans. Although his generosity is doled out on a case-by-case basis, he’s been known to cosign for loans, too.

What makes him different from other investors, he says, is he has no interest in long-term, high-interest loans, nor in having equity in a company or entrepreneur: “Eventually, I want you to get rid of me.”

Social innovation at the core

Because Anderson believes strongly in connecting people to influence positive change, he also encourages the occupants in Tyler Station to invest in their communities. And, that’s paying off.

Wood and metalworkers with manufacturing facilities in Tyler Station sometimes employ what Anderson calls “housing-challenged” workers. There’s also a provided travel trailer behind the station to give them a safe place to stay.

Anderson has been called a green-leaning developer, and Tyler Station has a variety of green features. But, Anderson stresses the largest “green” hurdle was salvaging the building itself.

“Instead of demolishing the building and putting the rubble in a landfill, we partnered with the city of Dallas and Recycle Revolution to recycle and reuse the commercial materials removed from the building. Over 350,000 pounds of material have been recycled,” he told Green Source DFW.

That’s “something many people overlook as an eco-friendly approach,” Anderson said. “We recycled the building, we recycle our trash, we are capturing rainwater, we are walkable, bikeable, and are located on a light rail station.”

Tyler Station, which is located on the red line at the Tyler/Vernon DART station, embraces access of all kinds. DART’s light rail system opened in 1996, and at the time, there was no need for a pedestrian connection to the old wax warehouse.

A wall was built to separate the former industrial-use building from the station. That’s something that may change to make the access more user-friendly for the community.

Earlier this year, plans were discussed to remove sections of the wall while preserving the art on it, Tyler’s Property Manager Tara Stargrove told the Elmwood Neighborhood Association in Oak Cliff. The wall incorporates a four-panel mural titled “A Community Honored” by Judith Inglesa. It depicts a concept of community combined with intricate images of nature and Texas’ diverse ecological communities.

Zakti, a specialty tea distributor based within Tyler Station, recently had firsthand experience with the benefits of working in the collaborative workspace. Pamela Miller of Zakti says she was inspired to roll out a line of CBD tea after meeting the proprietors of Rawsome, a new CBD retailer in Tyler Station.

“I started learning about CBD, and I started taking CBD oil,” Miller says. “And I started thinking, ‘What if we combined it?’ So it started out as our mini R&D department.”

Miller says she can’t use Rawsome’s CBD products in her teas because they’re oil-based, but it was the collision of their businesses that inspired her to create CBD tea. She now sells a variety of refrigerated teas ranging from 20 to 40 milligrams of CBD dosage.

Anderson says he knows collaboration comes from an entrepreneurial drive to solve problems together. He’s just grateful to be able to cultivate a place for that to happen.

Dallas Innovates had its own creative collision with Tyler Station last December, when we shot the cover and feature layout for our Dallas Innovates annual magazine. Photographer and Tyler tenant Skyler Fike came to the rescue when unavoidable traffic delayed one of our photographers on a time-sensitive shoot. Fike shot our 26 Innovators feature while Creative Director Michael Samples shot the cover in the industrial building’s wide-open spaces. (You can check out their handiwork here.)

Like Anderson says, “It’s about the people. It’s not about the buildings. It doesn’t matter what I think. What matters is what customers think, what the people here think.”

Tyler Station hosts First Thursdays each month. The open house brings artisans, musicians, craftsmen, food trucks, and customers together on the first Thursday of every month from 6 to 10 p.m. Tyler Station is located at 1300 S. Polk St. 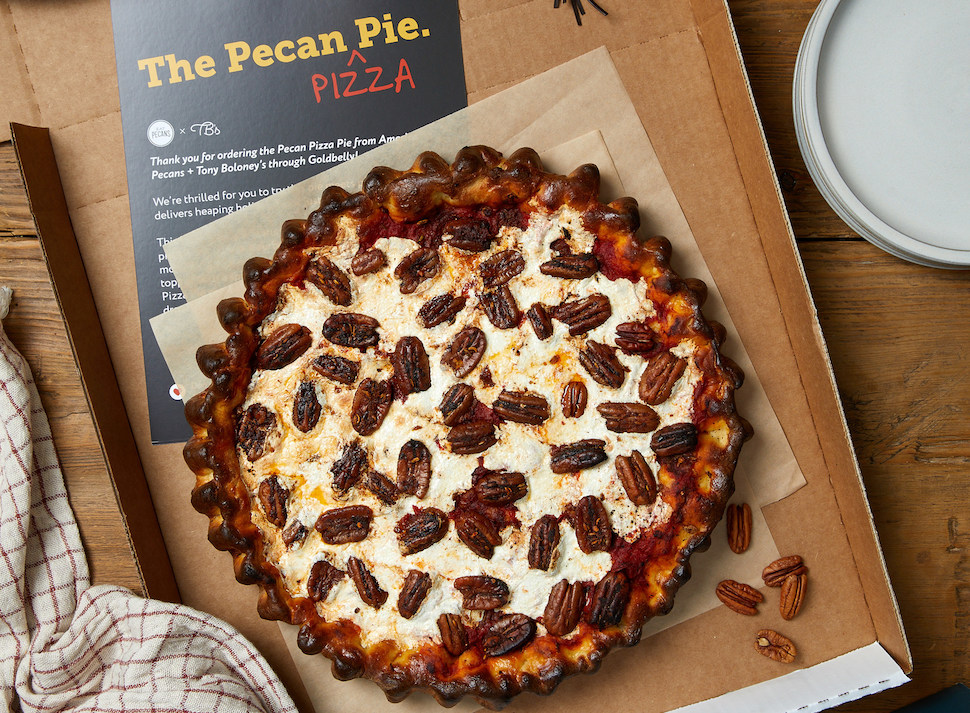 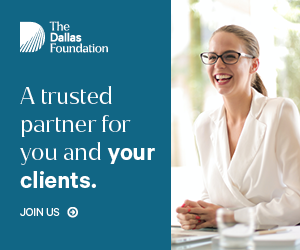 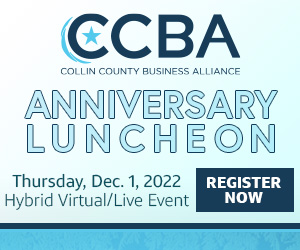 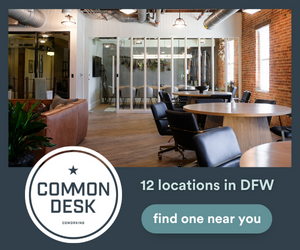 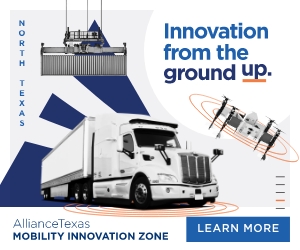 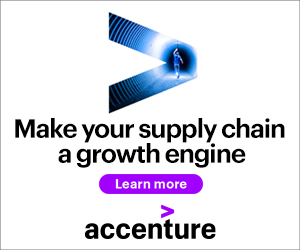 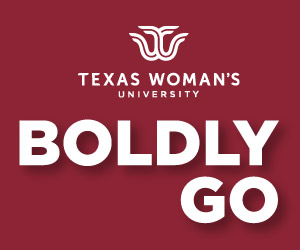 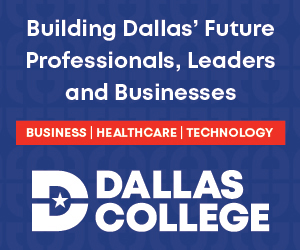 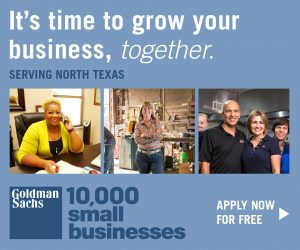 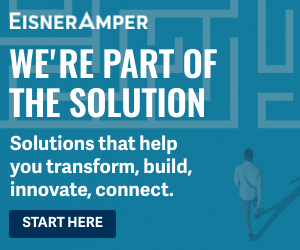 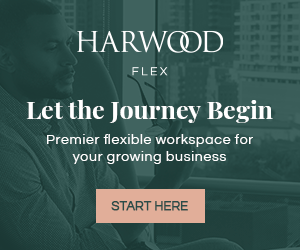 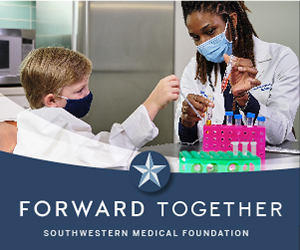